Robe ESPRITE luminaires and RoboSpot remote follow spotting systems – the first installed on an ocean-going liner – are providing a neat and flexible solution for the Two70 Theatre space aboard the brand-new 1,138 foot long, 169 gross tonne Odyssey of the Seas, the latest Ultra Quantum-class ship launched by Royal Caribbean International. 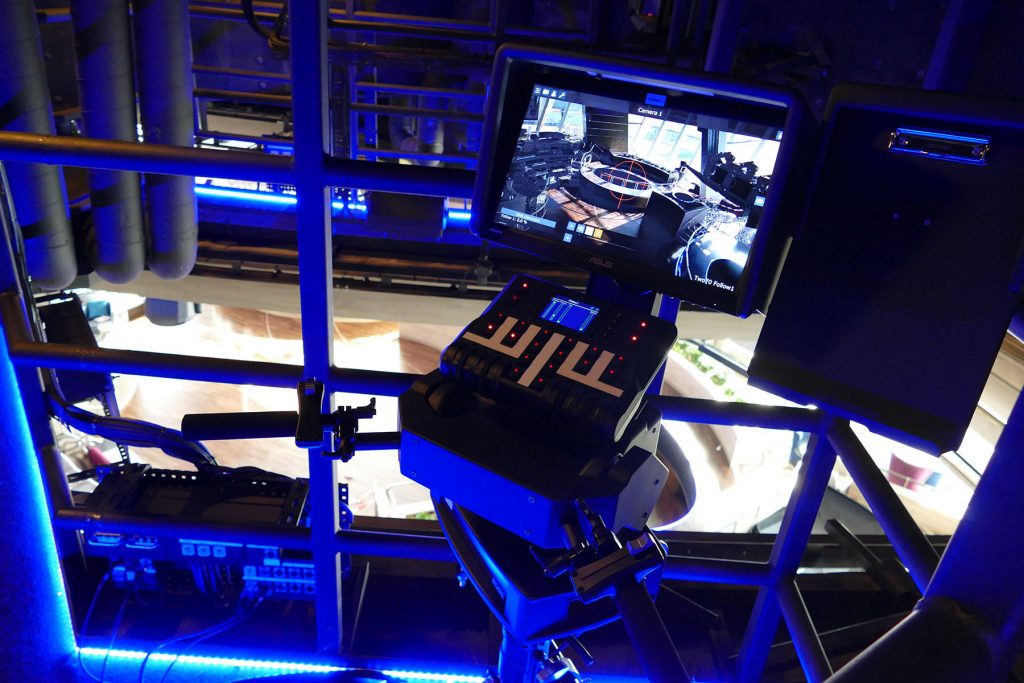 Built at the Meyer Werft shipyard in Papenburg, Germany, the technical specifications for the various onboard entertainment spaces were coordinated by Christopher Vlassopulos, Royal Caribbean’s sound, light and AV systems manager for new build projects. The installation was completed by media technology specialists and integrators, Amptown System Company (ASC).

In the cruise world, the entertainment equipment is selected some years in advance of the vessels being built and launched, so when Miami-based Chris visited the Robe booth at LDI 2019, Odyssey of the Seas was already under construction, and he was actually on the lookout for new and cool technologies to utilize on the forthcoming class of ships – yet to be built!

However, when he saw the RoboSpot demonstrated by Robe North America’s technical sales specialist Peter Moore, he realized that this could be a perfect solution for Odyssey of the Seas’ 670 capacity venue, Two70.

Two70 is featured on all four of Royal Caribbean’s Quantum-class ships, and fitting traditional follow spots into these was always a challenge! Due to the steep angle of the seating banks, the follow spots had to be located amidst the audience resulting in seats being blocked off and the kit looking somewhat intrusive.

When Chris realized that this could be averted with RoboSpot systems in place … he was delighted and arranged for a test demo.

This went ahead aboard the “Celebrity Apex” vessel in St. Nazaire, France, organized by VHMS and Robe France with RCG show lighting manager Benjamin Couling in attendance, together with lighting designers Simon Harry and Nick Mugnaini. While Christopher and the Amptown team could not be there in person due to Covid travel restrictions, it was a great success!

Chris immediately changed the spec from the two traditional follow spots that were due to be installed aboard Odyssey for RoboSpots running in conjunction with the two ESPRITES. The moving lights feature Robe’s TE (TRANSFERABLE ENGINE) LED technology, which is another big plus for a cruise ship environment.

ASC project manager Steffen Müller explained that with the short time window for commissioning Two70 in mind, a full RoboSpot mock-up was then arranged at their facility in Berlin, via Robe Germany, giving a proper evaluation in advance plus the chance to optimize the system, ultimately saving time on site.

As the installation took place after the set up and much of the engineering phase of the Two70 venue was completed, the next task for the ASC crew was to integrate the RoboSpots into the existing lighting infrastructure. Their engineering and onsite teams worked together to ensure this was a seamless process.

ASC lighting engineer Philipp Herbst commented, “the RoboSpot system freed up valuable audience space and brought the operators ‘backstage’,” which in this case is onto the catwalk above the ceiling.

The existing pipes and trusses were ideal for rigging the two ESPRITE moving light follow spots – no new positions had to be created – and with the venue using an extensive data distribution network, even rerouting the signals “was no big deal” stated Philipp.

The combination of manual positional control and running the other RoboSpot attributes via the lighting console also gives lighting designers more confidence and consistency, unlocking additional creative scope for them whilst leaving the operators to concentrate on hitting the targets accurately.

Chris was impressed by the simplicity of picking up the operational basics of the RoboSpot system, which will be run day-to-day by Two70 show cast members during voyages. 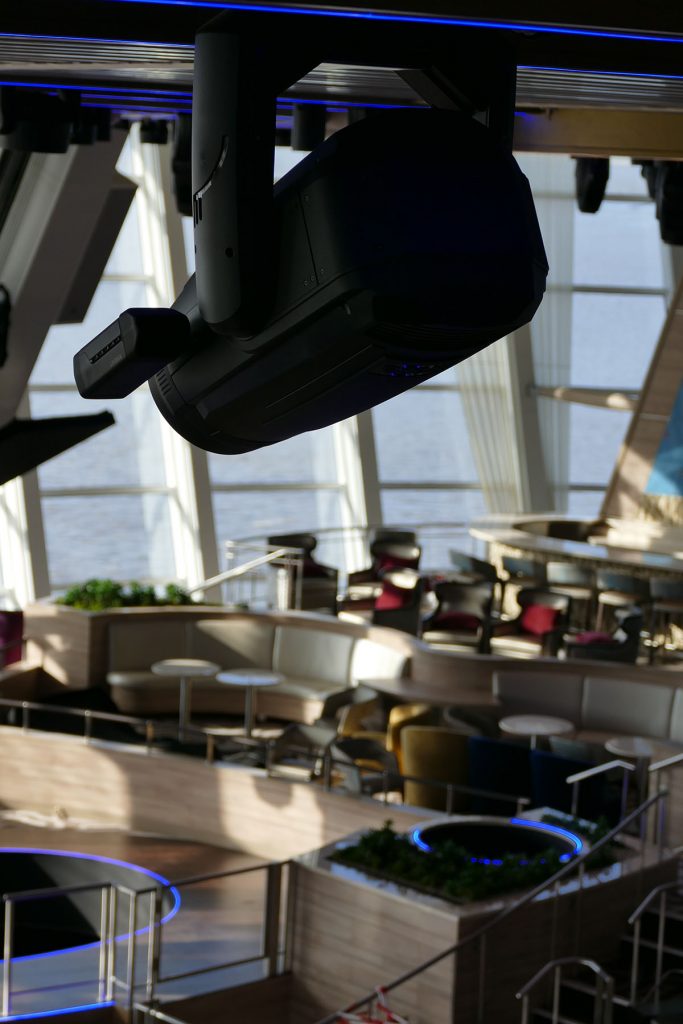 Getting RoboSpot systems onboard was also music to the ears of theatre designers Wilson Butler Architects from Boston who inherited the original Odyssey Two70 venue design and will be evolving it for future ships.

“This offered exactly the adaptability and innovation that we always look for,” said Chris, adding that the excitement of having another ‘first’ associated with a ship underlines Royal Caribbean’s mantra and constant desire to push the boundaries of technology with each new build.

The five Quantum-class vessels in the fleet are also known for an impressive system of moving LED screens rigged on ABB industrial robots, specially developed for Royal Caribbean by automation specialist and robot ‘whisperer’ andyRobot (aka Andrew Flessas) which dance and animate throughout shows being staged in Two70. The venue’s other advanced features include a ceiling-based performer flying system and several under-floor hydraulic stage lifts, all assisting the production teams to stage truly world-class shows at sea.

Royal Caribbean’s onboard shows are all developed in a large studio facility in Miami including “Oceanides” which will be a long-running highlight of Odyssey of The Seas’ dynamic entertainment program.

Robe’s global sales team arranged training for the first operators who will be working the RoboSpots in the theatre as they start programming the new show ahead of the ship’s maiden voyage. “This was an extremely difficult exercise logistically during the Pandemic restrictions, but Robe made sure the training was complete and will continue to support the installation,” Chris concluded.