The incredible 2CELLOS duo of Luka Šulić and Stjepan Hauser is currently playing their “Dedicated” world tour – billed as their ‘final’ as 2CELLOS, the format in which they shot to fame and prominence in 2011 with lighting designed by their long-term LD, Crt Birsa.

Crt has worked with the band since 2014 and wanted this design to be completely different to anything that had gone before. Rather than the full-on rock ‘n’ roll of the previous tour, this sees a more architectural approach with the lighting, which includes Robe MegaPointes and Spiiders right at the heart of the rig.

“It’s all about defining the performance space and creating a series of shapes and different areas rather than bashing out dramatic lighting for effect! My thinking started with creating environments and rooms in which they play,” he explained. He presented a couple of different concepts to the band when the tour planning started, and after some discussion, this was the avenue he started developing.

Two prominent V-shaped trusses over the stage also accentuate the geometry and form together with a large landscape orientated video screen upstage.

The 43 x MegaPointes and 20 x Spiiders are the primary effects and wash luminaires. Sixteen MegaPointes are standing on the floor at the back beneath the screen, with 23 on the V-trusses and three on a short mid-stage truss positioned for back-lighting the 2CELLOS and drummer Dusan Kranjc.

Both these Robe fixtures are regularly on Crt’s specs. With MegaPointes, he thinks the “brightness and amazing array of effects for such a compact fixture” are the reasons he keeps going back to them. “I never get bored of using a MegaPointe, and even after several years and numerous shows I am still discovering new looks and fresh combinations!” he declares.

In the show, they are used extensively in both spot and beam modes for a wide range of effects.

When it comes to Spiiders, Crt chooses them for the high quality of the LED wash which has always been a feature of Robe LED washes. They have a sumptuous fat beam that everyone loves and an excellent colour range.

He notes that these two fixture types work particularly well together, and he recognises that Robe has spent time and effort on ensuring that all their product ranges are well matched and produce the same colours.

Crt and the production team including video designer Zaor Kolar concentrated fully on pulling people’s gaze to the stage. With much of the video camera feeds and playback footage mixed live, Zaor and Crt can build and co-ordinate their cues manually hitting all the beats and the breaks.

Where possible they don’t even have side IMAG screens as it is important to the ambience of the show that the audience is not watching a giant TV in the venue!

While the lighting treatment is styled to this more sculptural and sophisticated look, with Crt’s split-second perfect timing and a great synergy and creative dialogue with Zaor – sometimes mistaken for timecode – the ultimate goal still beautifully and synchronously captures all the energy, excitement, contrasts, and mayhem of a 2CELLOS performance, embracing their huge strength and connection with fans.

This show still has plenty of movement and kinetics, but these are more subtle than on previous tours, with the aesthetics generally a bit calmer, cleaner, and more restrained.

The challenge each day is to get the trusses perfectly aligned in the venue as this must be spot on for the big beam-based architectural looks to have their maximum impact.

The Robe luminaires are used in conjunction with other lights on the rig which included LED bars (he would have liked Robe’s Tetra2’s but these were not available due to the universal kit shortage this summer with so many events now happening post-pandemic), LED floods, battery powered LED tubes and assorted other moving lights.

The “Dedicated” tour kicked off in the US and is currently playing Europe on a heavy schedule, with lighting and video for this leg supplied by UK-based rental specialist Colour Sound Experiment. Crt is the first to appreciate their “fantastic” crew from the UK including John “Afghan” Lahiffe, Simon Robertson and Ben Beverley with the account handled for Colour Sound by Alex Ryan.

The tour then goes to the Middle East and Japan in the autumn using local productions, culminating in Australia and New Zealand, with Robe on the spec for these shows as well! 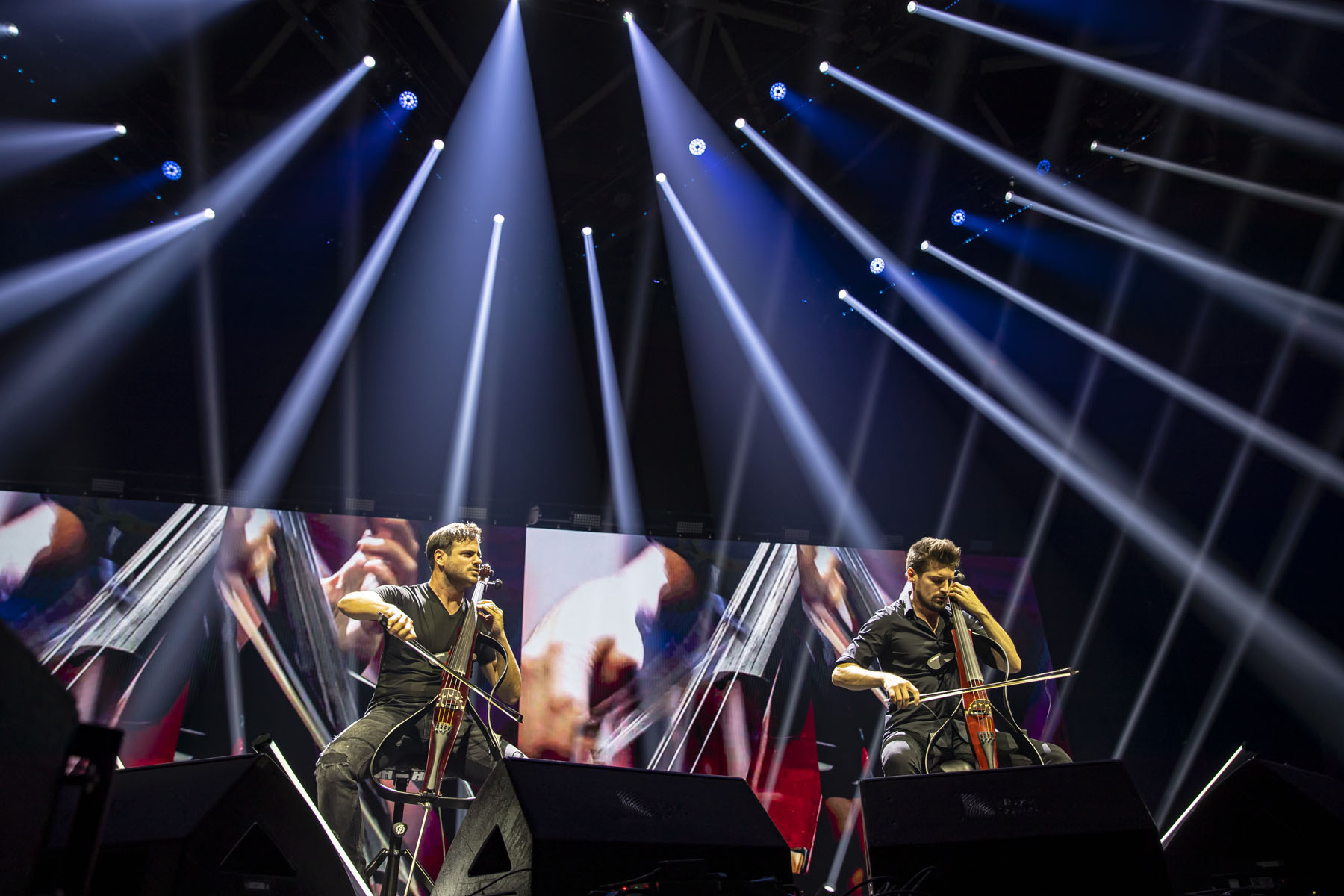 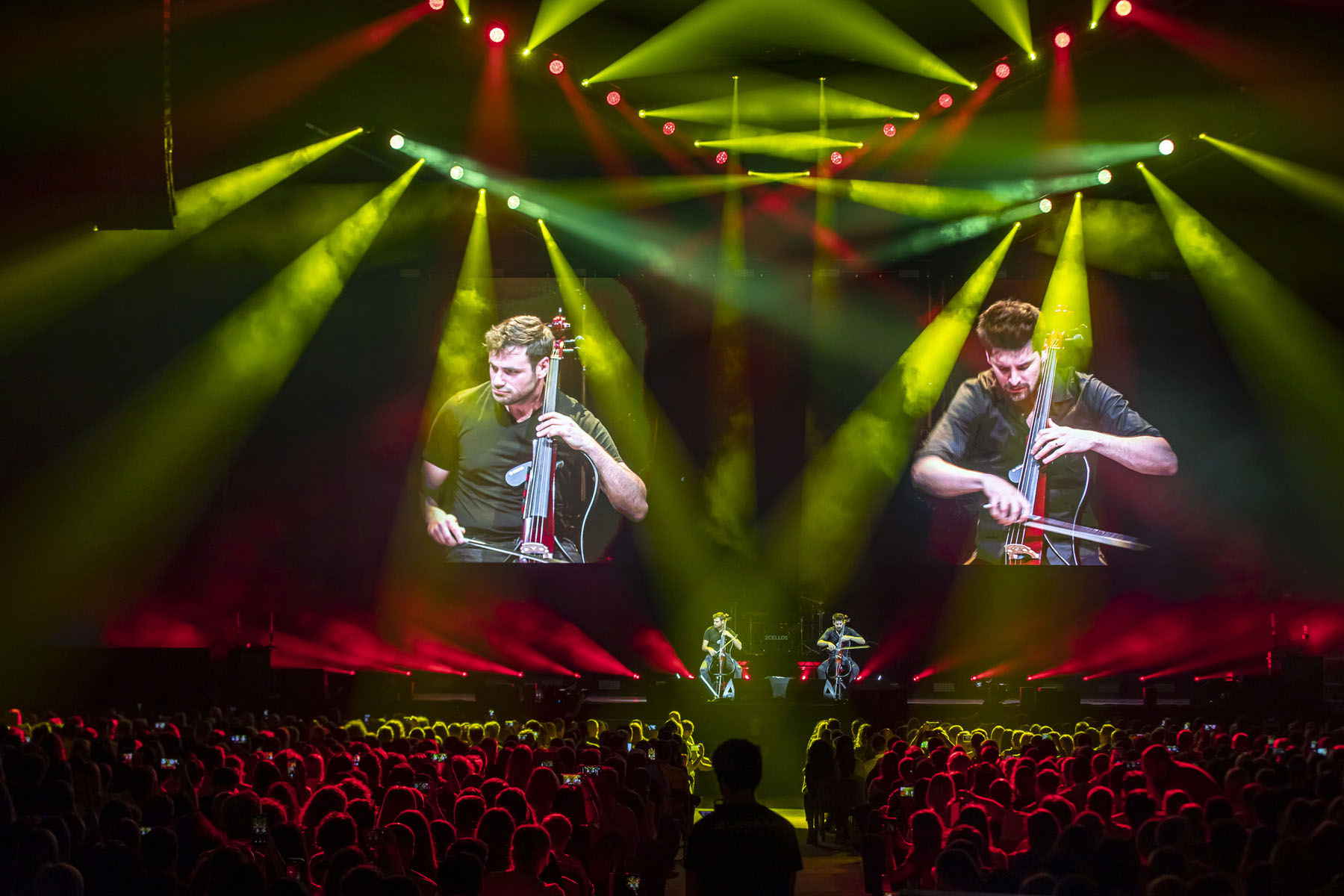 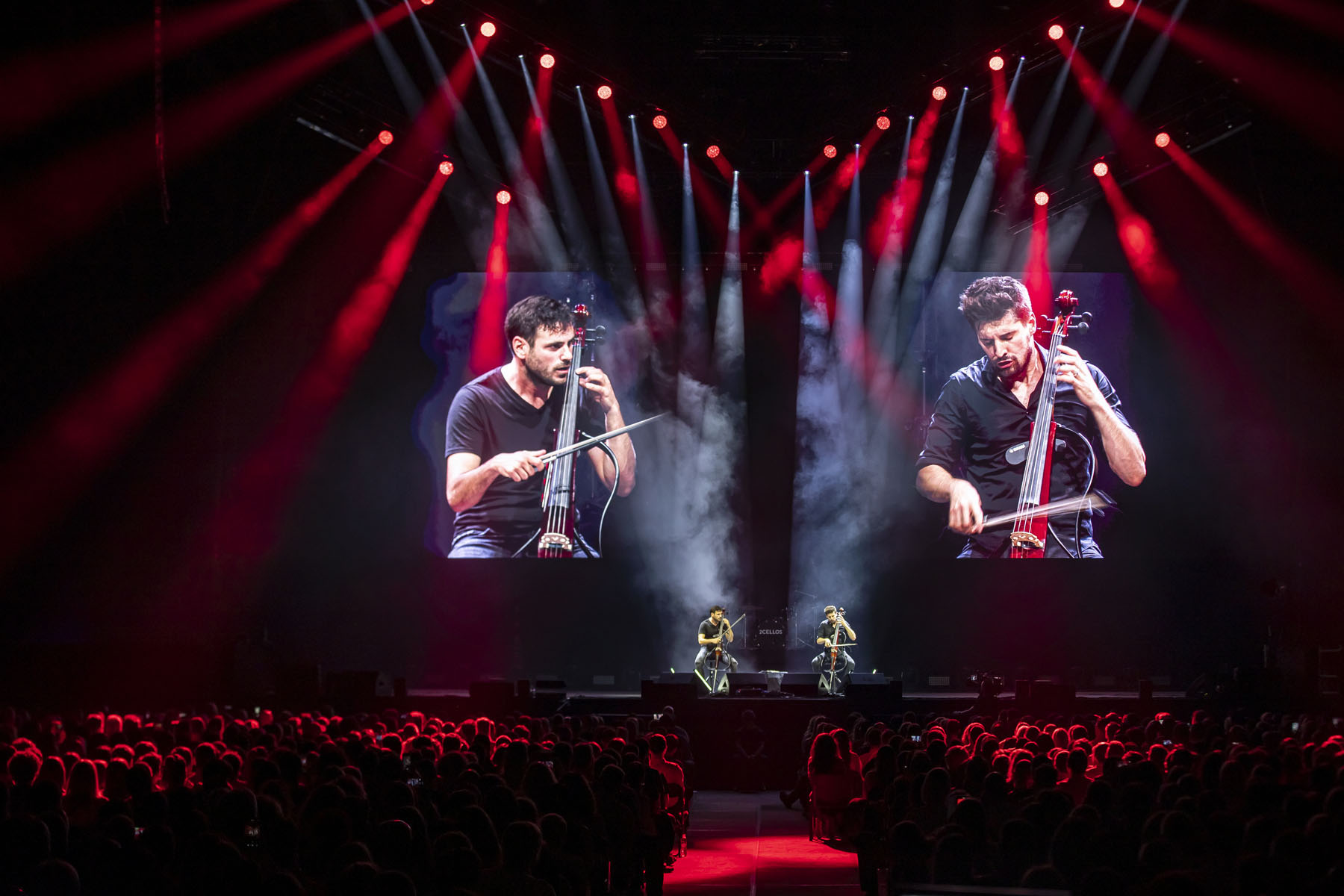 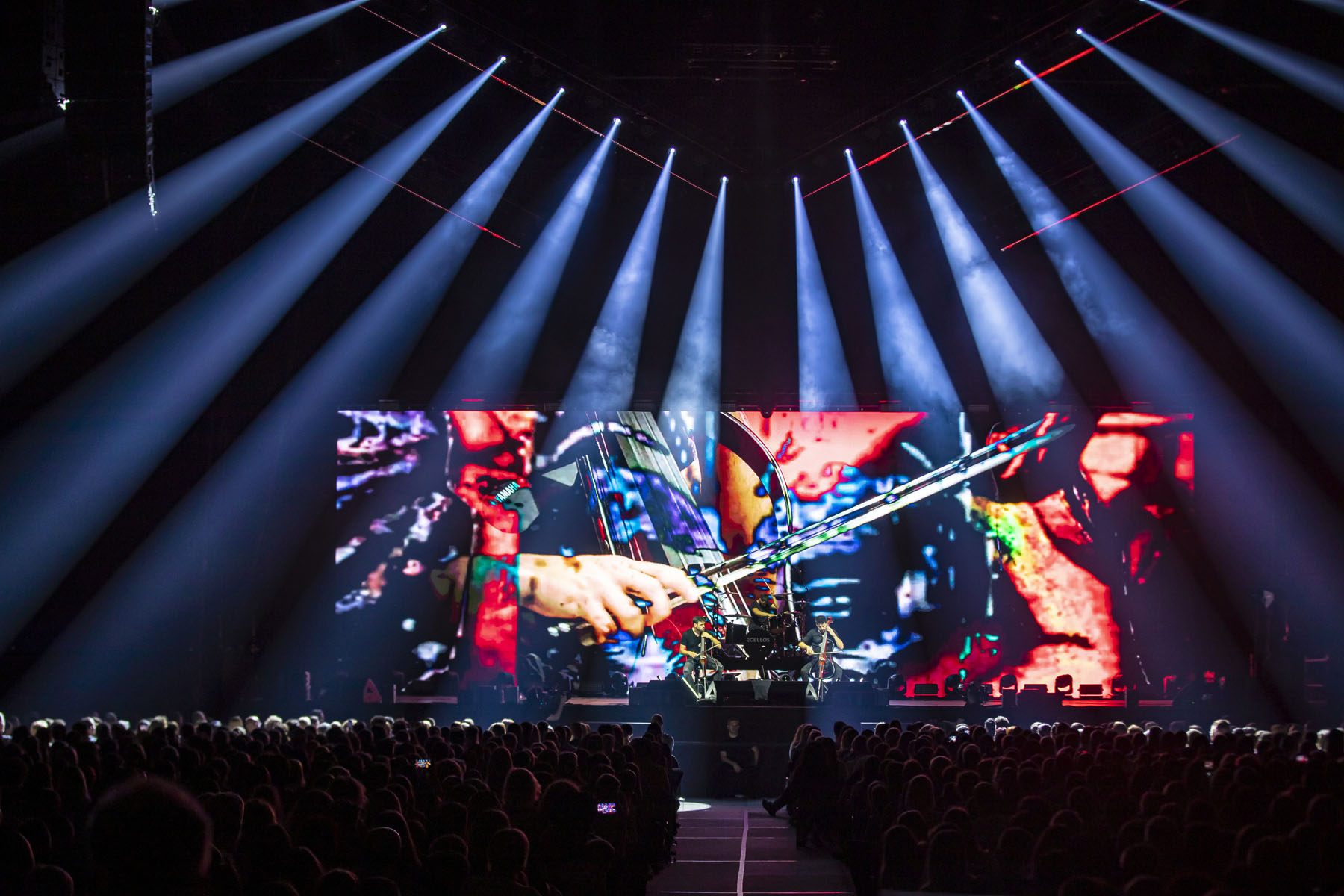 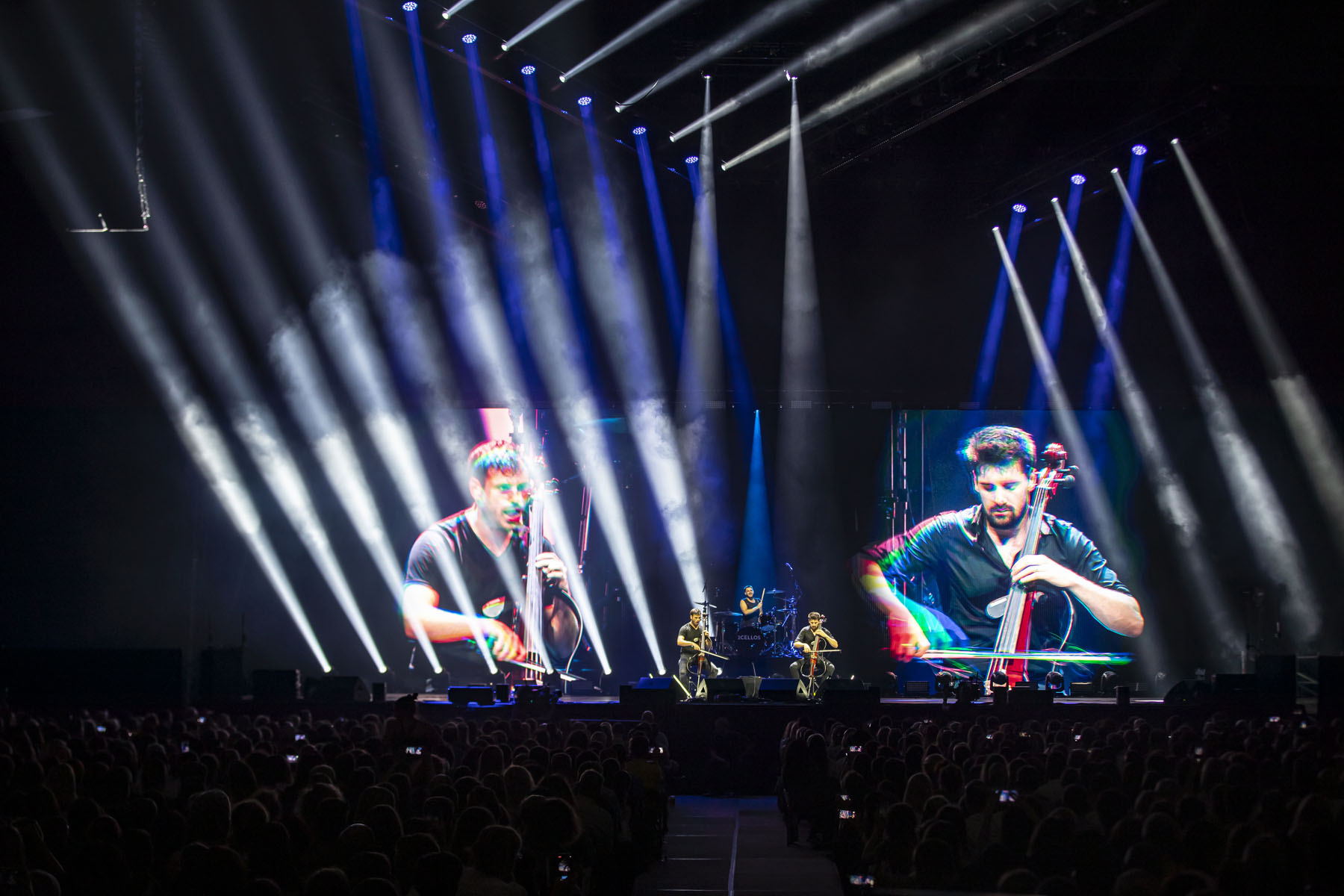 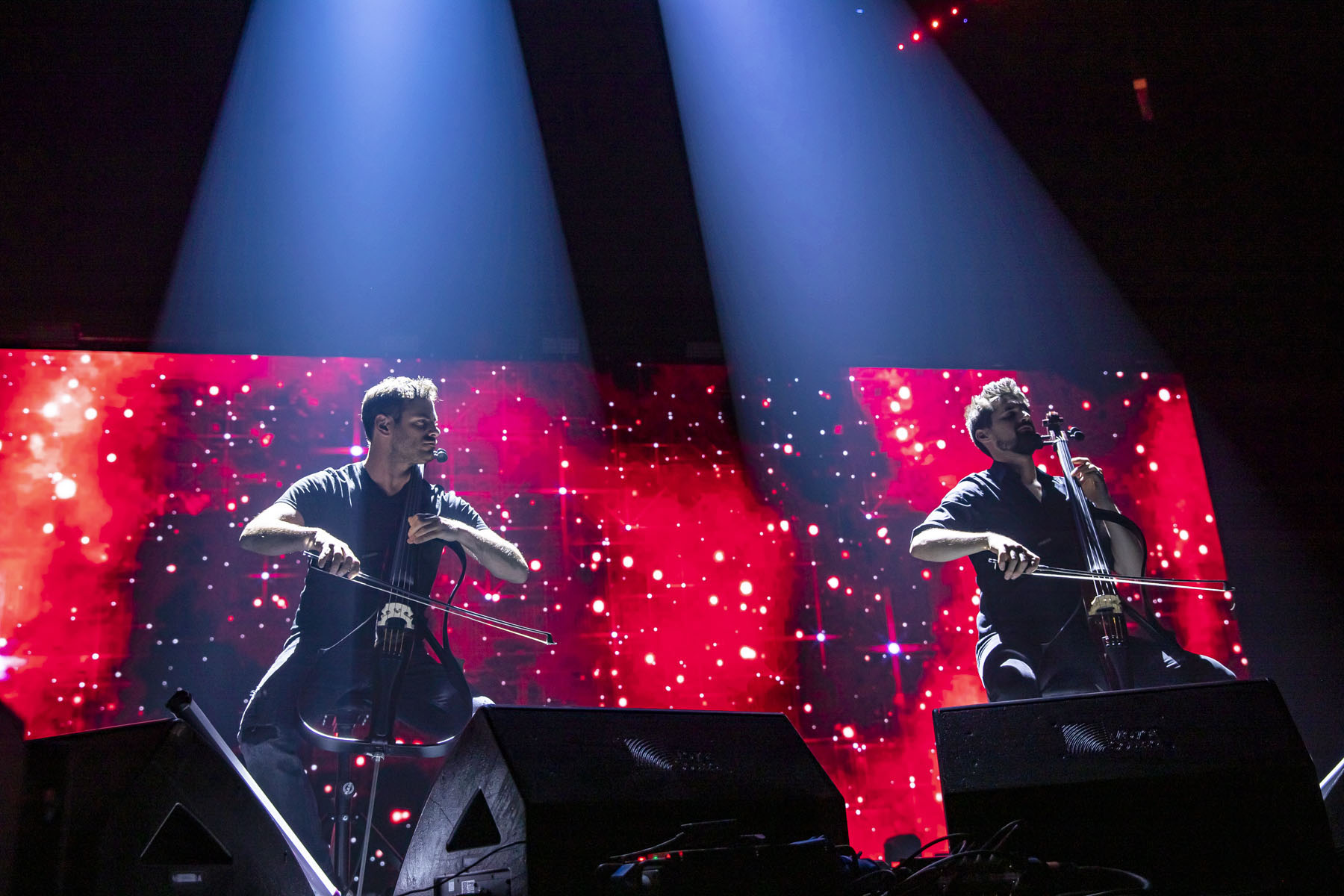 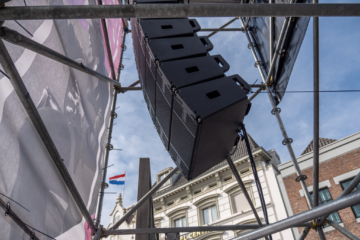