Robe Enjoys a Weekend Away at Byron Bay

Splendour in the Grass has quickly risen to become one of Australia’s premier music festivals attracting a 30,000+ crowd over the weekend around beautiful Bryon Bay!

In three days, over 100 acts embraced every conceivable music genre on those five main stages and numerous other sites across the North Byron Parklands.

The house rig for the main Amphitheatre Stage featured 11 x Robe BMFL Blades and 36 x Robe BMFL Spots, with other Robe products added for floor packages, many of which were also supplied by Creative Productions.

Vibrant colours, psychedelic video shapes and serious fog were the order of the day for the psych-rockers. A further four Robe BMFL WashBeams were installed – complete with custom gobos – on the delay towers left and right of FOH to provide liquid oil-style projections over the band and crowd.  LED Bars, strobes and lasers capped off the design that mirrored the big fuzzy sounds with massive saturated colours and shapes.

Further Robe BMFLs, MegaPointes and Spikies were part of their main touring package, most of which stayed for the festival set, with Cory FitzGerald’s design being managed on the road by Sarah Landau.

Two Robe RoboSpot remote follow-spot systems were used as part of the Gambino show which featured a modified thrust stage built as part of the main stage setup (re-configured for the festival from the main tour that used five RoboSpot systems!). This allowed lights to track artist Donald Glover despite being almost concealed amongst the crowd at times.

The 72 Spikies provided sparkling dynamic looks from beneath the stage risers with their continuous whizzy pan / tilt rotation effects adding to the big beam and gobo textures coming from above, bringing depth and height to the look.

Meanwhile across the other stages, Melbourne-based MPH Australia were busy with classic and hugely popular UK hip-hop act The Streets (Mike Skinner) on the Mix-Up Stage, who used Robe MegaPointes and LEDWash 600s as an energetic floor package of their national tour, with a design by Jon Trincas and Steve Hough of Co1ab.

At the GW McLennan Tent, Angus Stone’s other act Dope Lemon hit the stage with their all-new Robe OnePATT floor package backdrop which was custom-built by the team at MPH and due to tour beyond their Splendour set.

MPH’s managing director Matt Hansen was kept busy on the main stage too, completing the weekend with the design and operation of Matt Corby’s main stage set. This included a memorable duet with the iconic Australian singer Tina Arena, as well as a guest finale with Meg Mac, Broods, Joyride and Jarryd James. The floor package consisted of Robe MegaPointe and Spiider wash fixtures.

With the last-minute cancellation of Chance the Rapper, ever-reliable Australian rappers Hilltop Hoods stepped up for the Sunday closing set!

This meant a hasty floor package design had to be imagined, and the team at Creative Productions smashed it … with MegaPointes providing the base lighting and confetti and CO2 cannons sending off the 2019 event with a series of stupendously loud bangs!

After all that action and excitement onstage, everyone could grab a ‘cold one’ at the Gold Bar chill out area, where the sea of gold mirror balls was lit with Robe Spiiders for a subtle, glittering laid-back ambience.

Creative Productions also supplied site-wide lighting for everywhere else; from the backstage greenrooms to the VIP areas, information spaces such as the new Splendour Forum and the endless food trucks and speciality bars.

Summing up, the Robe gear performed brilliantly over a tough weekend of dust, super heavy dews, extreme hot and cold weather, and huge work rates. It certainly left everyone from the kit, to the crew to the fans … looking forward to a good clean-up and some well-deserved rest! 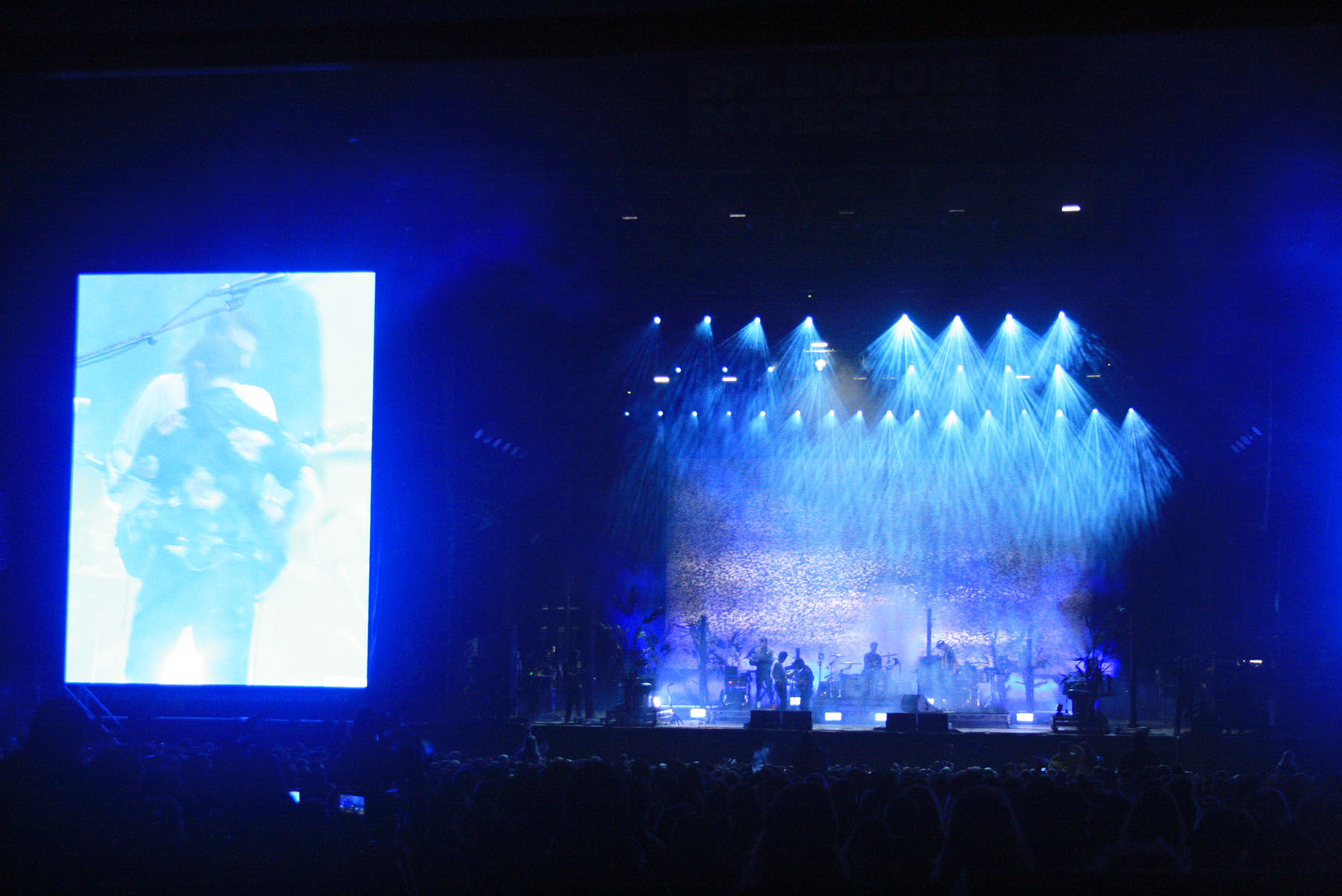 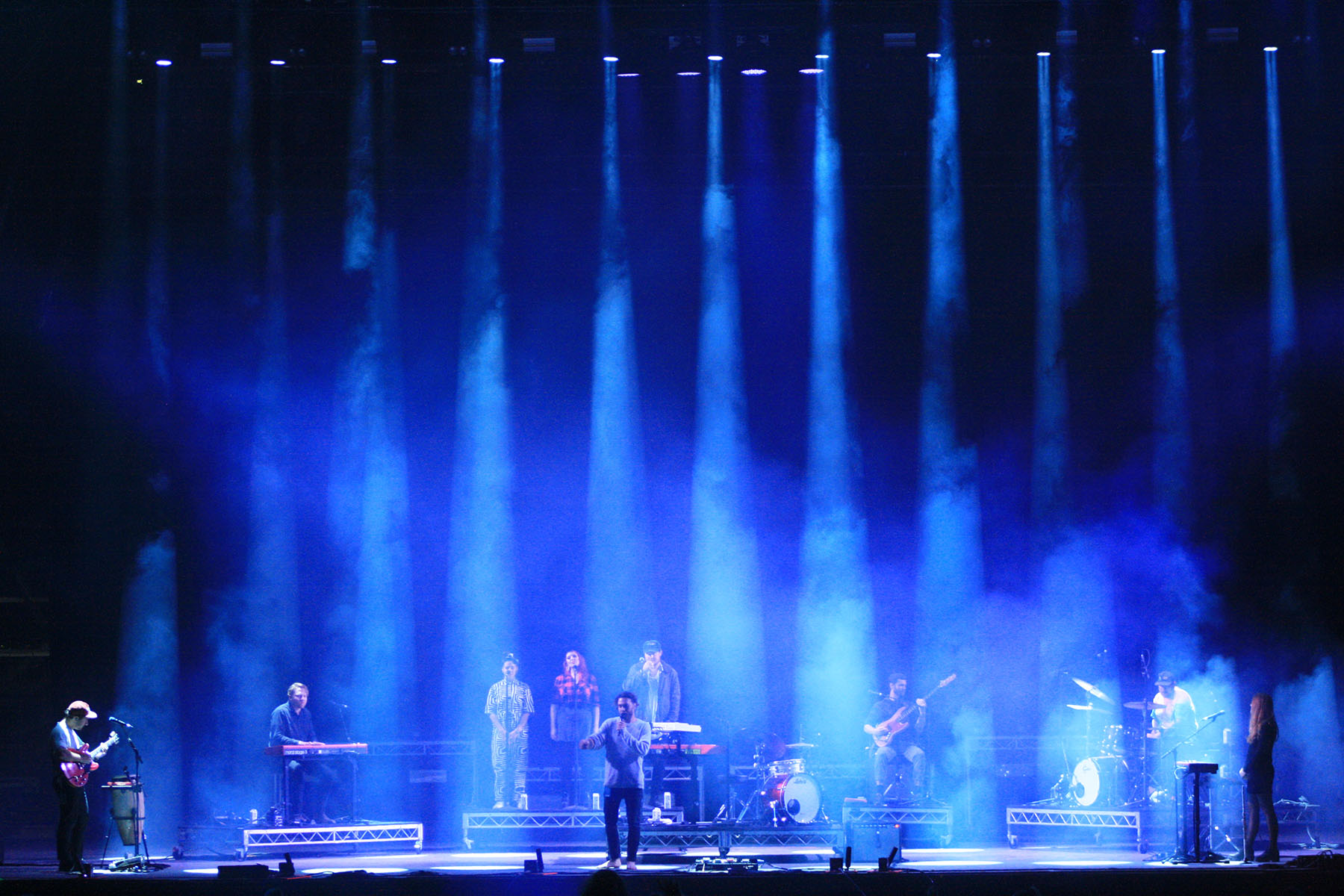 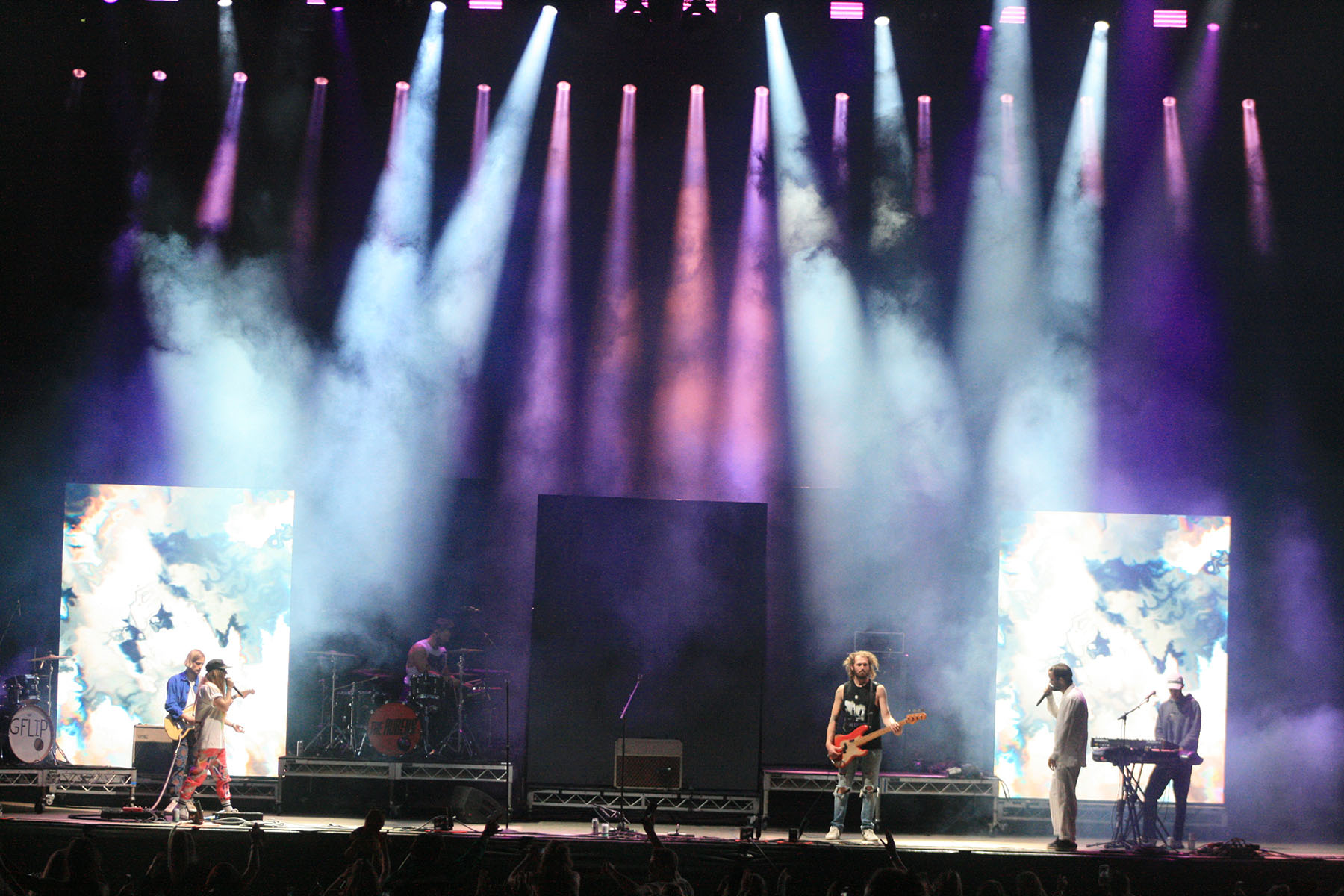