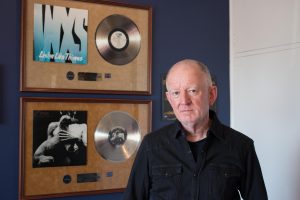 Colin Ellis has been mixing live sound for some of Australia’s leading artists for nearly four decades, doing world tours with bands including INXS and Savage Garden. Now with Midnight Oil, he’ll head back out on the road through Australia and Europe later this year, as well as showing American and U.K. bands like the Stray Cats and Love & Rockets what the road is like Down Under. He’s been doing it long enough that when young American live-sound mixers ask which academy he attended for pro-audio training, he’ll reply, “The school of hard knocks, mate! The best school in the world!”

Colin can claim to have pretty much seen it all, and he was pleased to encounter a ShowMatch compact line array system from Bose Professional while mixing the acclaimed John Butler Trio on their recent North American tour. “I was interested to learn that Bose has begun to have a presence in large-scale concert sound,” he recalls. And it didn’t take long for Colin to discover the performance capabilities of the ShowMatch system. „As soon as I started to tune this rig, I knew this system was very, very good,” he says. “I ran pink noise through it, as I always do, and the response on the analyzer was completely linear, totally flat. Halfway through the first song of the soundcheck, I knew we had something going here. It needed minimal EQ, the bass was tight and strong, and the entire system had absolutely no harshness anywhere, yet you could hear every word perfectly. Great clarity and detail! It was a real pleasure to listen to — like I was listening to music on Bose headphones, it sounded so warm and focused. I loved it, the crowd loved it — I’m sure the band would have, too, except they were up onstage wearing in-ear monitors [laughs]. But I can say that I think this is possibly the best line array system that I have ever used.“

[…] Here you will find 94171 additional Info to that Topic: vplt-live.eu/live-mixing-engineer-colin-ellis-experiences-the-showmatch-system-from-bose-professional/ […]