Recently Audi revealed its new all-electric Q4 e-tron and Q4 Sportback e-tron vehicles in what the company called a ‘digital world premiere’. It was a complex production, with a total of 45 live streams, each one in three languages, routed to media in 28 different countries. The audio mixing for this high profile launch was entrusted to Yamaha RIVAGE PM digital mixing systems. 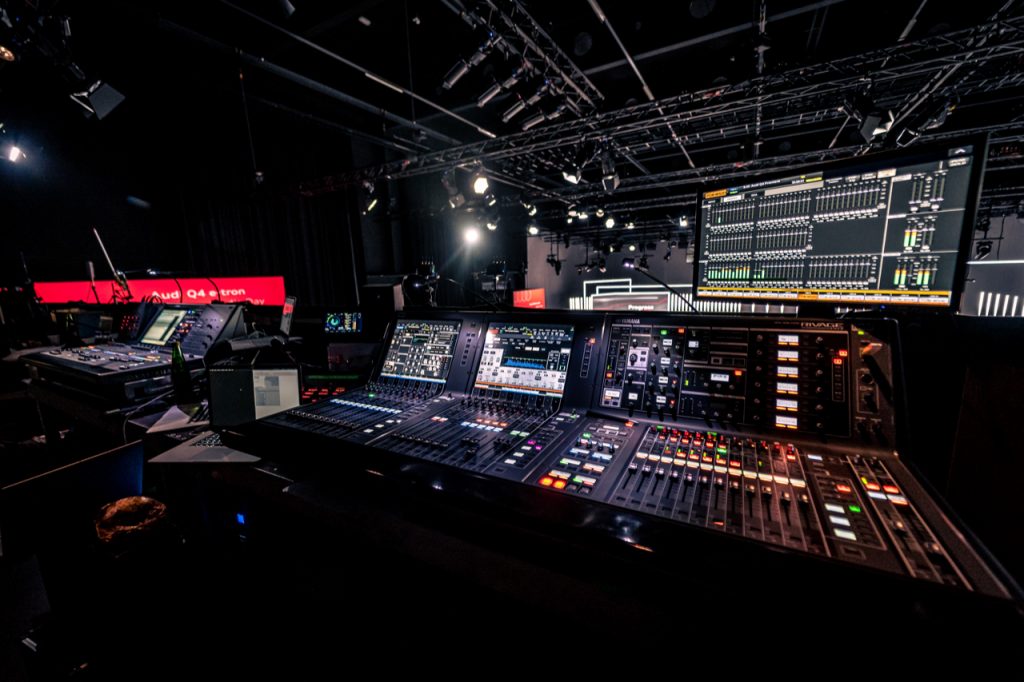 A live broadcast centre was built within Munich’s Eisbach Studios, with five themed studios. From these Audi delivered a varied, interactive program of digital workshops and interviews, Q&A sessions, round tables, virtual photo shoots, live presentations and a press conference, with senior Audi staff describing the design and many innovations of the new vehicles.

As well as delivering the elaborate production in high quality audio to Audi’s TV channel and all major social media platforms, the global profile of the event meant it was vital nothing could go wrong.

der Kohl mixed the event’s front of house sound for the production crew, monitors and routed communications on the RIVAGE PM3, while Michael Simon – a full-time sound engineer at der Kohl GmbH – created the streamed mixes on the RIVAGE PM7.

Separate control rooms were created for the different parts of the production, with a team of production managers ensuring the complex logistics were managed smoothly. This task included ensuring that that the correct streams, in the correct language, were routed to the correct live portals at all times. Yamaha MSP3 and MSP5 powered studio monitors were installed in the control rooms to monitor all content.

The event generated global interest, reported by the motoring media and other news outlets around the world, with Yamaha’s renowned reliability ensuring that there were no audio glitches. High levels of interaction proved that a quality streamed event like this is a viable alternative to a more ‘traditional’ car launch and perhaps points the way to the future of similar, high profile media events.