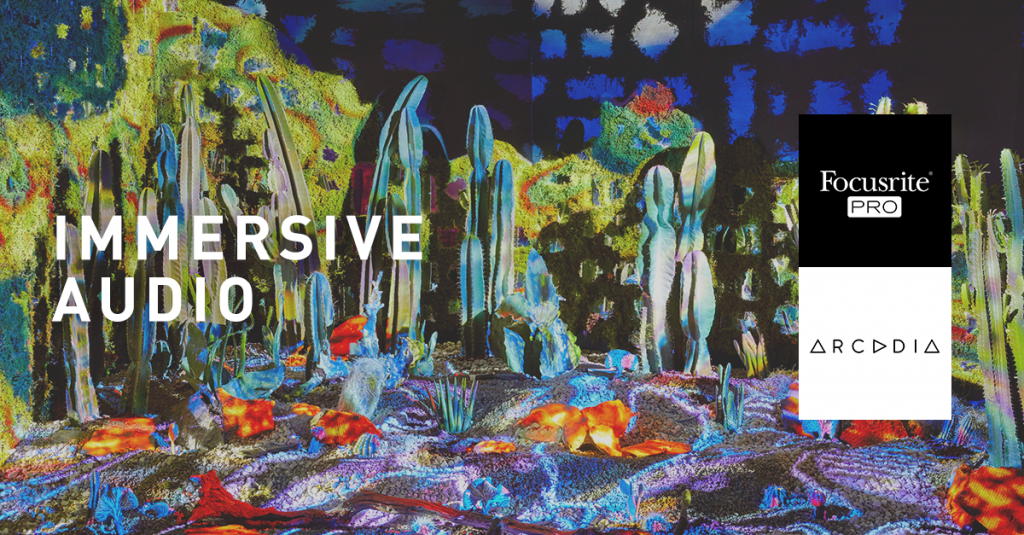 Visitors to Arcadia Earth can’t help but feel at one with the assortment of environments represented in the art installation’s 15 rooms in Manhattan’s NoHo district, ranging from the depths of the sea to the tops of glaciers. They will also be touched by the dangers posed to each from climate change, from overfishing and plastic pollution to deforestation, as envisioned by environmental artist Valentino Vettori. But what brings it home emotionally is the score and ambient sound created by Dave Hodge of Finger Music, with specific music and sound design for each of the rooms, delivered subtly but powerfully. 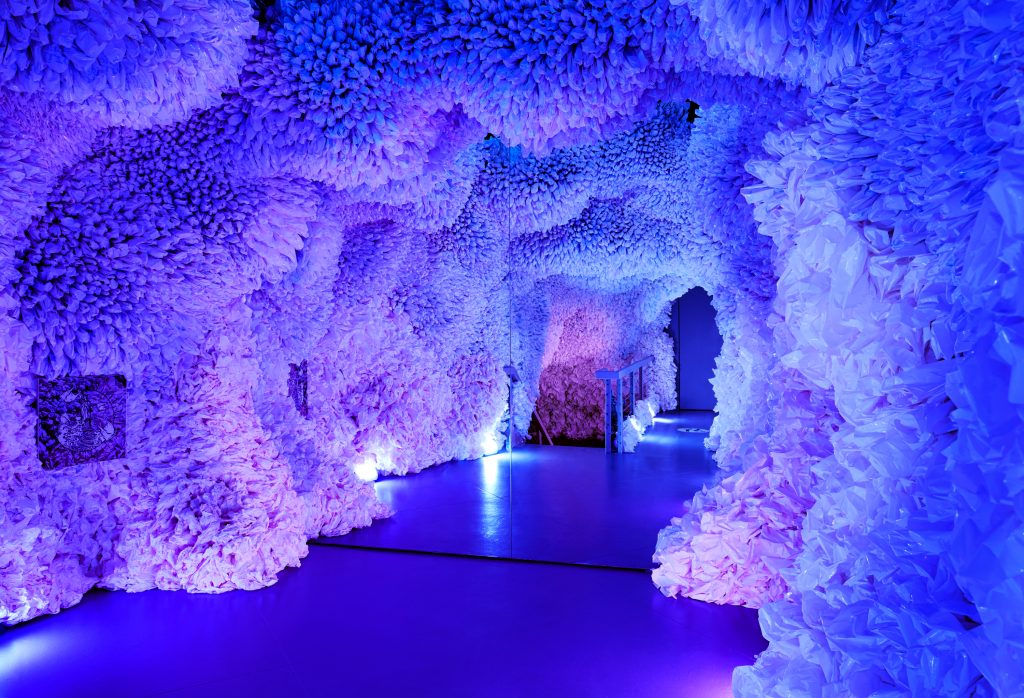 The audio is riding on a networked backbone with components from Focusrite’s RedNet range of Dante™-networked audio converters and interfaces. Four RedNet A16R 16-channel analogue I/O interfaces provide 119 dB of 24-bit/192-kHz dynamic range and Focusrite’s superb sound, thanks to top-shelf AD/DA conversion, to cover the exhibition’s 13,000 square feet over two floors. Bond Applied Technology served as installation partner, assisting with the wiring and other technical aspects of the job. 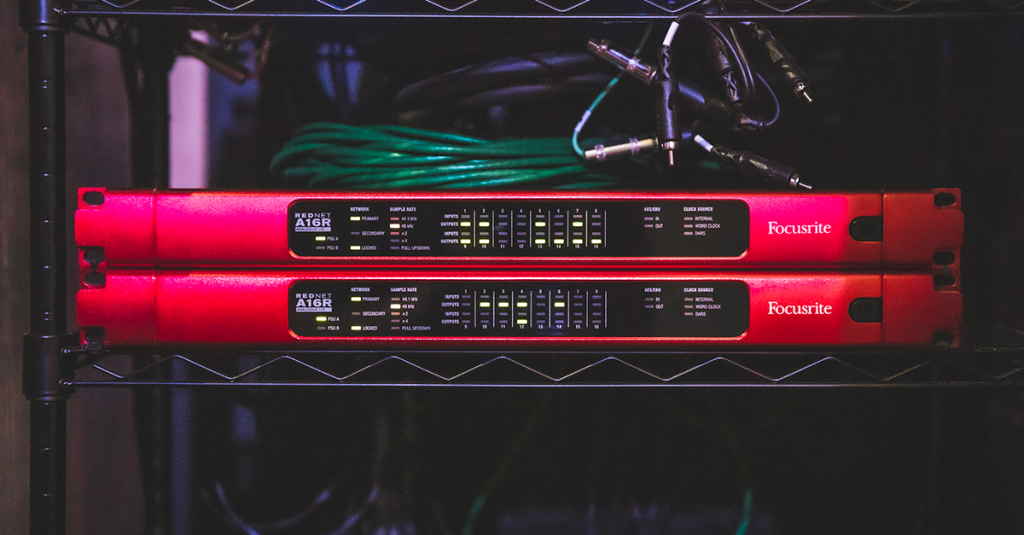 “We couldn’t have accomplished this without RedNet,“ says Hodge, who serves as Creative Director and Partner at Finger Music, as well as the sound designer and music consultant for the project. “We have two channels of full-range audio per room, played through either two or four speakers per space. There’s another 32 channels of ambient sound that plays throughout the entire installation on tiny speakers embedded in the walls, holding it together with a kind of audio backdrop. All of that is being distributed from Ableton Live, using Dante Virtual Soundcard and a total of four A16Rs, which is performing flawlessly, and which sounds fantastic.“ 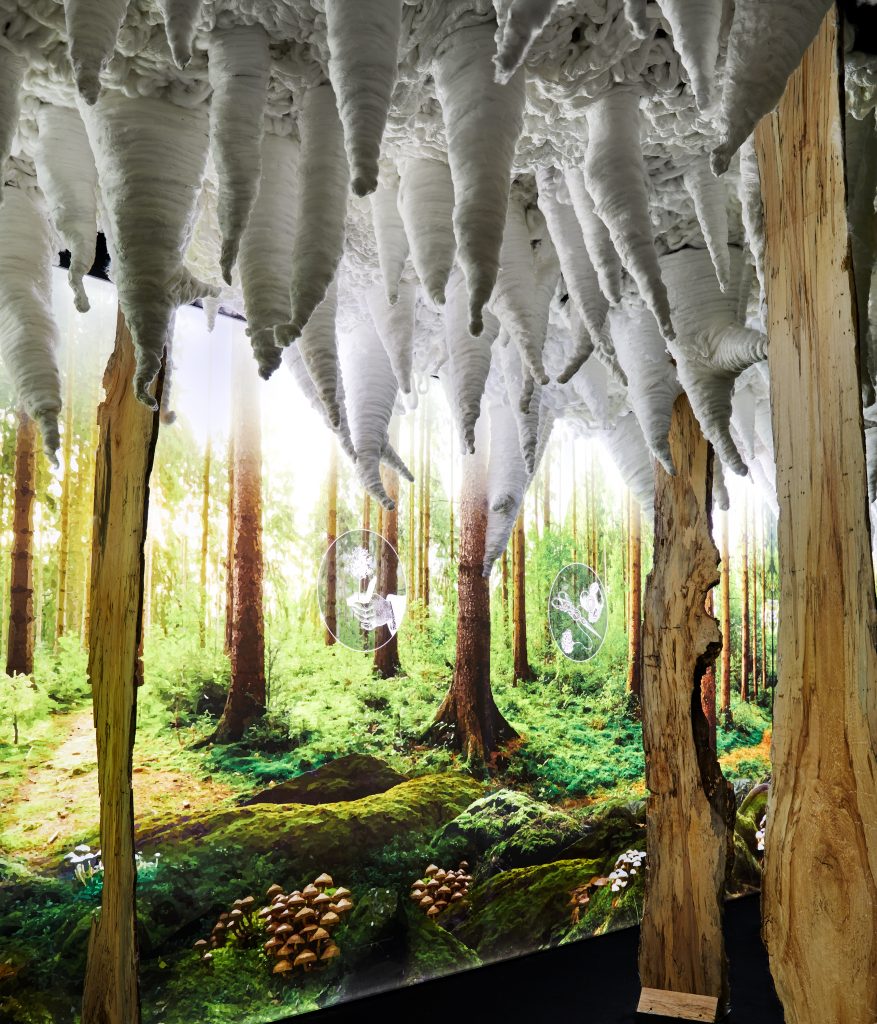 Arcadia Earth’s audio, developed by Finger Music, which provides custom musical solutions, from its offices in London, New York and Los Angeles, is as diverse as the world it portrays: in an “underwater“ space visitors observe shrinking coral reefs while in another a cave made from 44,000 recycled plastic bags — the number of bags used in New York state every minute — reminds them of humanity’s role in the ecosystem. “The sound for each room is very specific, but we also knew that there would be some bleed between rooms, especially because of the subwoofers,“ explains Hodge, who adds that even the music’s key signature changes were carefully chosen to keep the transitions between rooms seamless. “Our install partner Bond Applied Technology and I did the mix for it in stages, as we walked through the installation with Ableton software on an iPad, getting it just right for each room and in between. After that, the RedNet system brings it to each space and really connects it all together. It’s a complicated installation in an unusual location and the sound has to be just right in each space. RedNet has the capacity and the quality that let us achieve that.“ 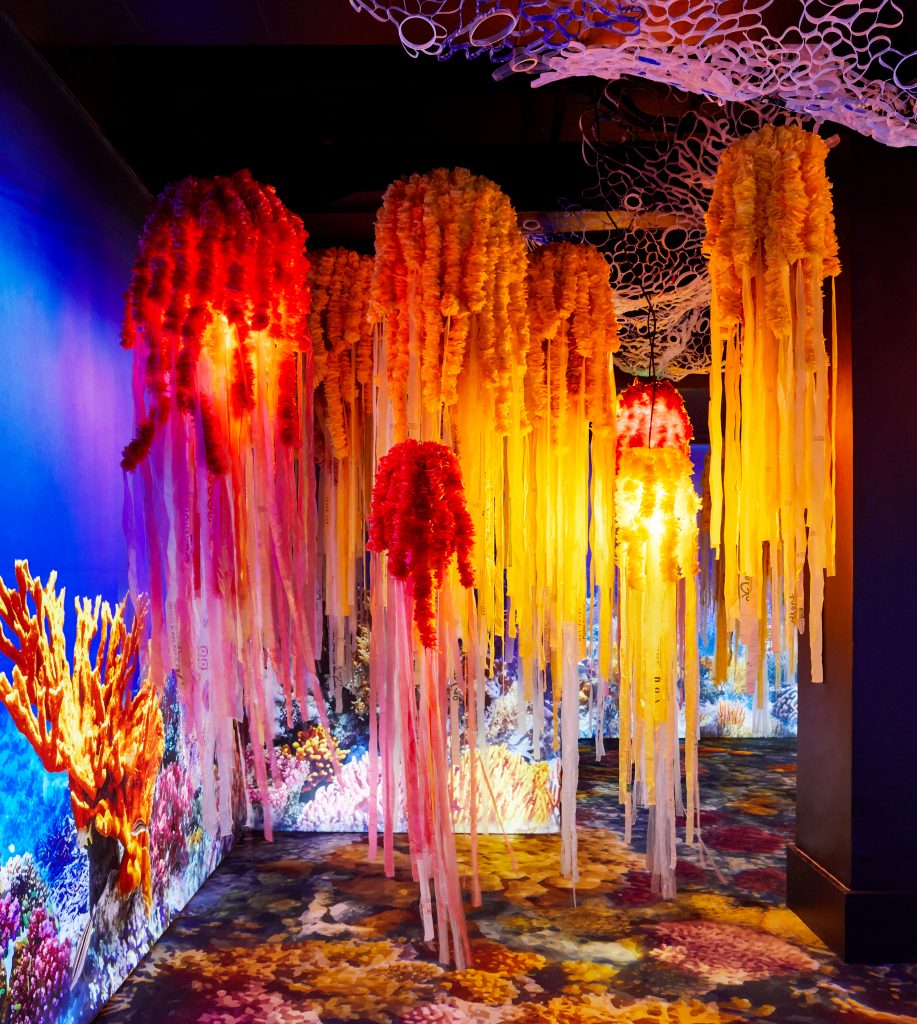 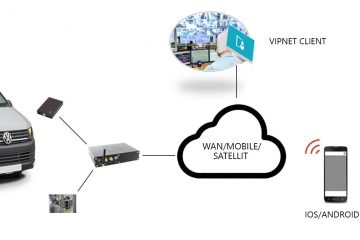 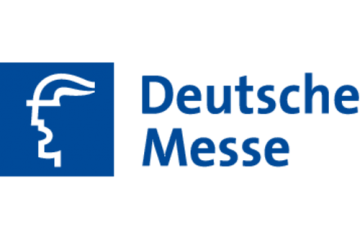