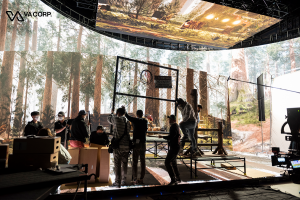 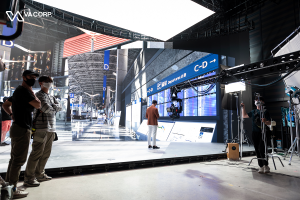 VA Corporation purchased the related LED products through ARK Ventures Inc South Korea, which is mainly dedicated to service including sales of equipment such as LED displays and media servers, fixed installation, virtual shooting, XR, etc. As one of the AV Alliance members, ARK is familiar with the Chinese domestic LED manufacturers and maintains a good relationship with ROE visual.

Furnishing the three studios with a LED volume, ROE Visual was the preferred and obvious choice. The core for each virtual production studio is a large LED wall enabling the film crews to shoot against a virtually composed back wall. The natural reflections and light created by the LED background offer many advantages over the traditional green screen.

VA STUDIO HANAM has a total floor area of around 11265 square meters. The studios are each equipped with large LED volumes and optimized for film as well as commercial shoots. The two main walls in the first studio are composed of ROE Visual Sapphire SP1.5, offering a small pixel pitch of 1.5mm. The other two studios are equipped with LED volumes created from Black Pearl BP2, offering a 2.8-pixel pitch. The LED floors are composed of Black Marble BM4 panels. The studios are further equipped with Carbon CB5 LED panels for additional light or side fill.

“We’re very fortunate to be able to work in such close collaboration with MOFAC and VA Corporation. Sharing know-how and experiences is very helpful in the further development of our products and capabilities,” states Grace Kuo, ROE Visual sales director, “We’re looking forward to working together on future projects with VA Corporation demonstrating its ambition of providing a high level of services and facilities.”

“It’s our pleasure to work together with VA Corporation and ROE Visual in such a meaningful project. We feel excited to explore the more possibility of virtual production in South Korea, and look forward to seeing the new facility and technology would help incredible creativity become visualized reality, and deliver a brighter future.” Commented by David, Director of ARK Ventures Inc South Korea. 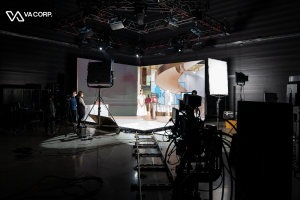