Robe was proud to a sponsor of the Nové Město na Moravě, Czech Republic, stage of the 2022 Mercedes-Benz UCI Mountain Bike World Cup, where one of the toughest parts of the XCO (cross country) course was designated “Rock ‘n’ Robe”, and Robe’s new Show Truck concept – providing a fully mobile studio space / meeting hub / demo area / roof deck – was also a major success, attracting some of the weekend event’s buzz and excitement.

“It was great to be back with a full audience this year,” commented Robe’s international marketing manager Pavel Nemec. “It gave us an opportunity to show our support for a fantastic sporting event, to have our branding visible everywhere and appreciate the performances of some of the best cycling athletes in the world, simultaneously demonstrating how our Show Truck can be provide a vibrant and practical event space, a public gallery and a VIP deck.”

Being involved in the event gave Robe the chance for prominent branding across national and international television and globally via the Red Bull livestream plus multiple social media channels, including those of the top riders from the 800 competitors who represented 37 countries.

Apart from all of that, the Robe team enjoyed some superlative adrenaline charged XCO cycling action throughout the three-day event.

It was the tenth time that Nové Město has hosted a stage of the UCI MTB World Cup, and the Czech course is well known for being one of the fastest, most ‘technical’ and difficult around the world. It is also a rider’s favourite and has been voted the ‘best XCO event’ nine times!

Changes in the course – including to the “Rock n Robe” section – ensured seat-edge excitement for the 15,000 plus spectators who rocked up to witness the finals live-and-direct in person on the Sunday as well as the millions watching the live stream or sports and TV channels around the globe.

The 400 metre Rock ‘n’ Robe downhill section was filled with large boulders, rocks and other obstacles making it among the most demanding and dynamic parts of the XCO competition.

It was a place where anything could happen as riders negotiated their way through with many surprises! The Rock ‘n’ Robe run was flanked by seating tribunes packed to their 700-person capacity bringing extra energy and strategically placed Robe branding ensured that the company name was burned in to all the key shots from the prime camera positions in that location.

The top riders also had the Robe logo on their handlebars as part of the branding deal, giving further quality exposure especially when they posted across their own social channels and followings.

Robe on the Road

The Robe Show Truck – debuted at Prolight+Sound Frankfurt last month – was used with its ‘black box’ tent extension and hosted some important assorted workshops and presentations all linked to the cycling action.

These were lit with around 40 Robe moving light fixtures that are part of the truck’s current touring lighting rig.

“I had LOTS of feedback about the great atmosphere in and around the truck,” remarked Pavel. The truck is one of the new and exciting ways in which Robe is bringing its innovation, energy, and good vibes to a diversity of events and locations in Europe throughout the summer.

The black box was used as a gallery space to display iconic photos from Czech cycle racing and sports photographer Michal Červený. He has documented the Nové Město race over the last 10 years as well as other high profile cycling events worldwide including the famous and gruelling Cape Epic event in South Africa.

Several related events staged in the Robe Show Truck included two talks, one on Saturday evening by famous Czech travel writer, car enthusiast and TV personality, best known as ‘Expert Pepa’ for his automotive programmes and as the host – along with his whole family – of popular travel programme, “Daddy on The Way”.

The second discussion event focused on this year’s Cape Epic race in South Africa, with leading Czech riders Martin Stosek, Kristian Hynek and Petr Vakoc who are among the best World Marathon and Cape Epic riders. As they shared their experiences, they were also joined by Michal Červený who has captured all the drama and thrills-and-spills of the race on camera.

“It was fantastic to unite these different communities of travel, cycling and sports under one roof in our truck,” notes Pavel, and all these additional activities taking place in Robe’s Show Truck enabled guests to enjoy and maximise their time at the event.

Warm weather and stunning sunshine throughout the weekend saw the Show Truck’s roof terrace become a very popular VIP platform. Located close to the XCO race start and finish lines, this offered a great vantage point from which to experience the excitement of the racing at these key points.

Joining everyone on the terrace Saturday morning was Robe sponsored Olympic champion Czech snowboarder and alpine skier Ester Ledecká, who took time out for an ‘auto-gramming- session with fans and visitors as well as watching some of the races. Her father Janec Ledeky is a famous Czech singer and musician so there are many crossovers and interconnections with the professional entertainment industry.

“The weekend was a lively mix of sports and other adventure-based activities and a great opportunity to get Robe’s name out there as well as the chance to enjoy some incredible sport,” concludes Pavel. 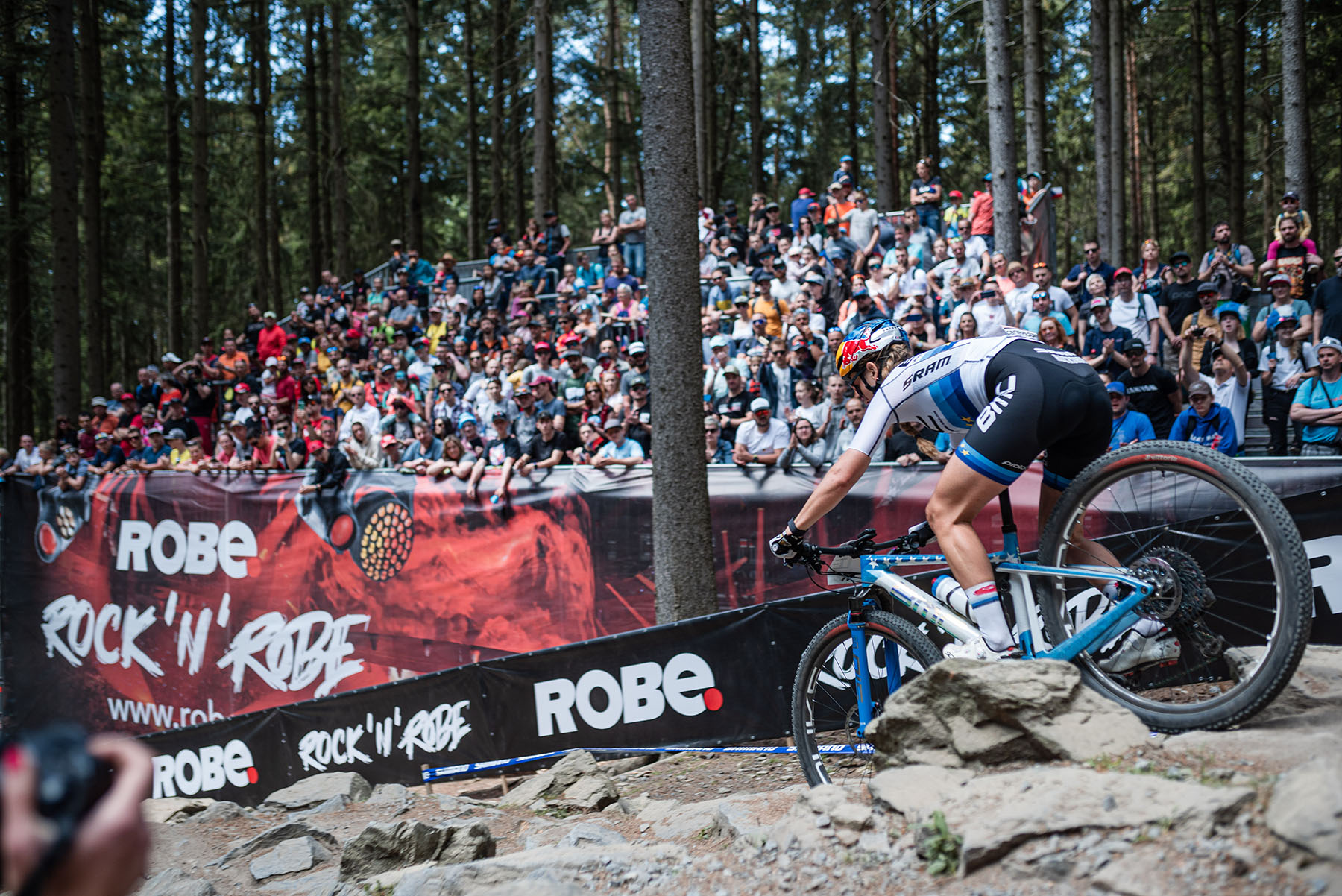 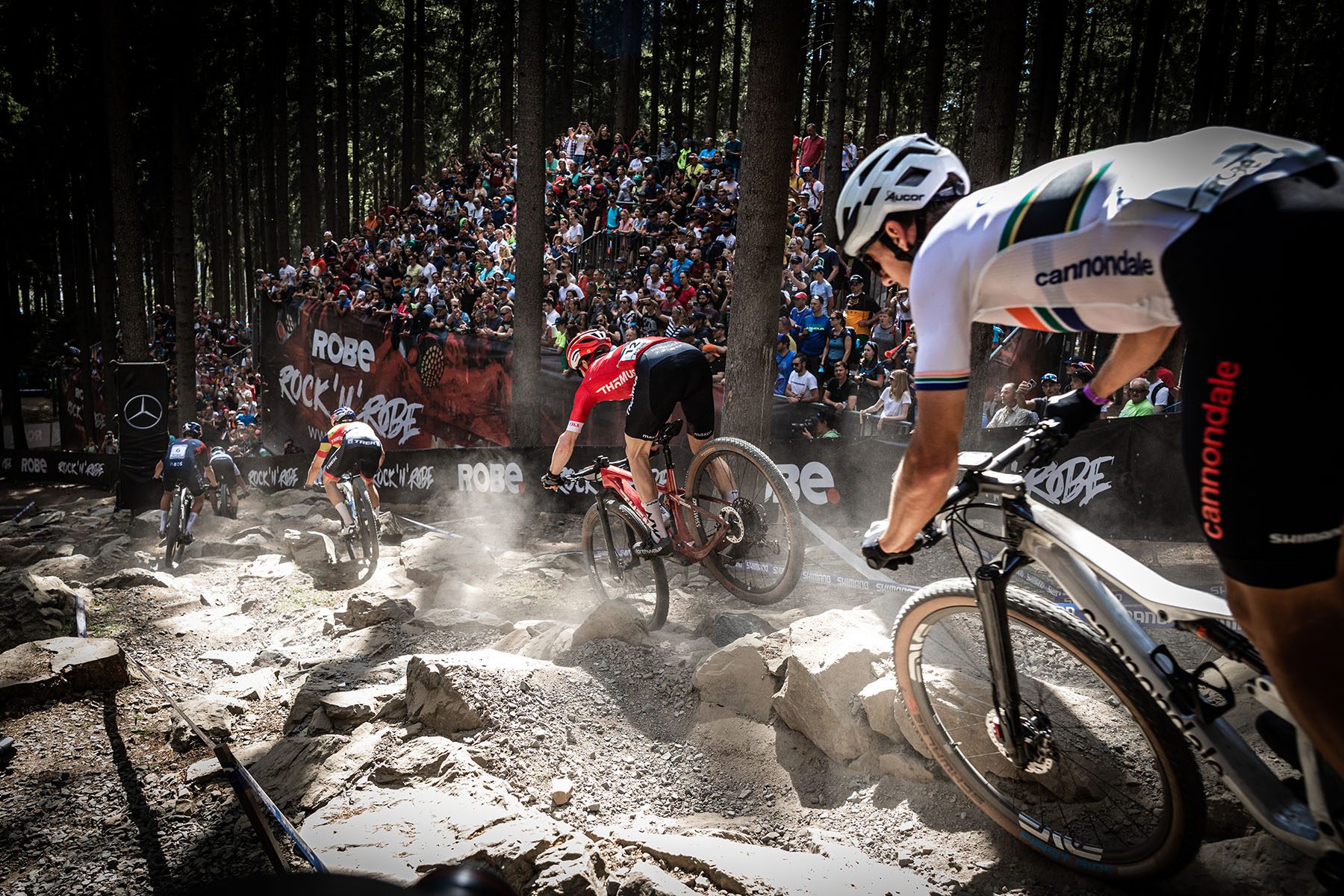 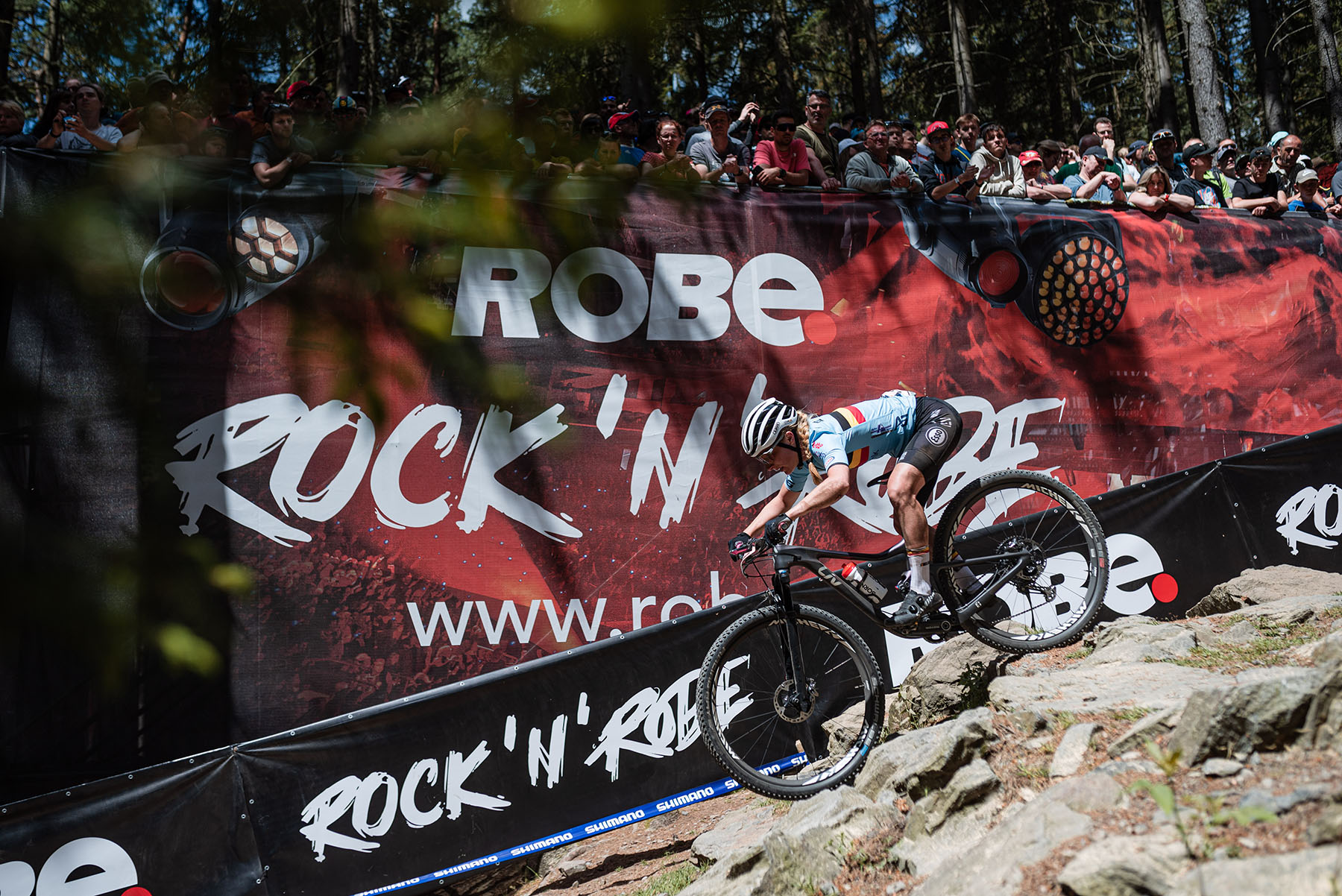 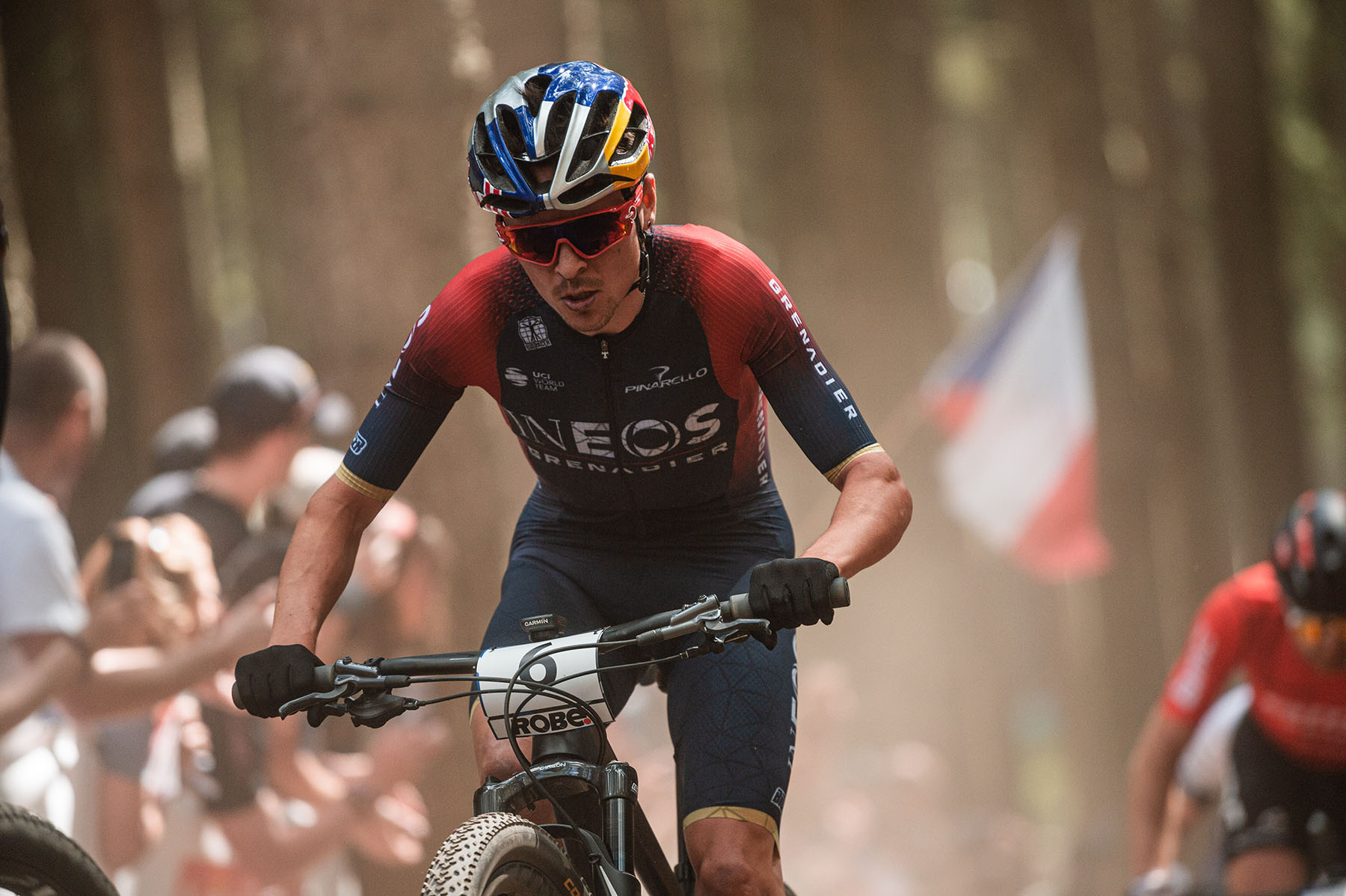