Robe Raises the Roof for The Killers Performance in Las Vegas

Signalling the start of the new NFL season, The Killers staged a special, highly symbolic one-off performance of their anthemic and hugely popular “Mr Brightside” on the rooftop of Caesar’s Palace … for the Las Vegas Raiders who have just moved into the newly completed Allegiant Stadium.

Steven was working from home in Ireland, unable to travel due to international restrictions during the Coronavirus pandemic. He received a brief about the look of the piece from director Dagen Merrill plus ESPN’s creative team, and his design was realized on site by lighting programmer and operator Josh Spodick and the LMG crew. 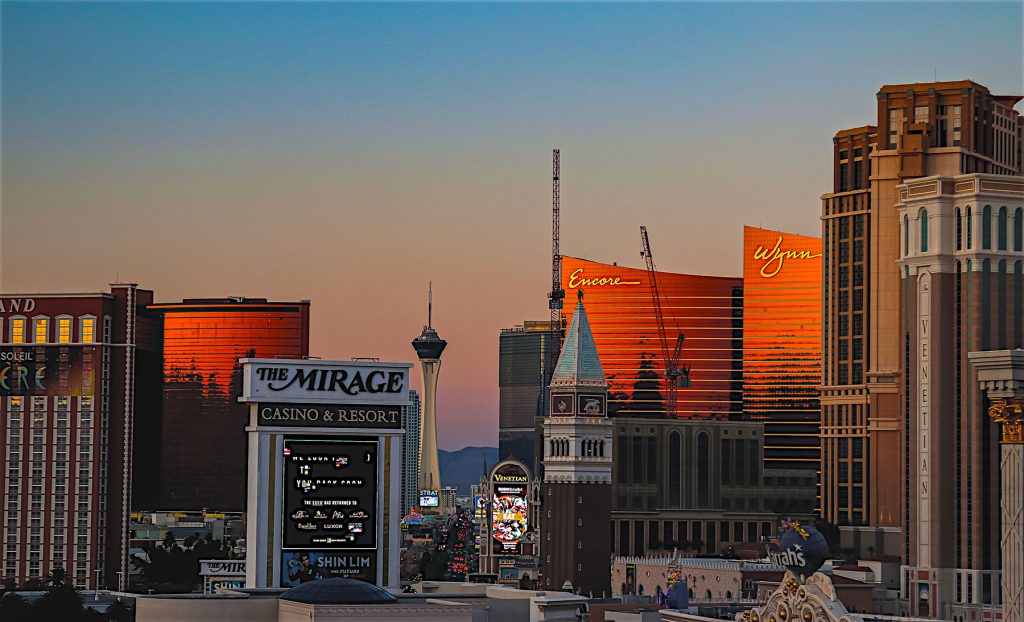 The brief specifically called for lots of glitzy beamy through-shots for this clip celebrating the new stadium and welcoming the Raiders to the new season – and that’s why Steven chose MegaPointes as an “excellent” solution … for the brightness, punch and power they brought to the equation.

A couple of weeks earlier, the band – who come from Las Vegas – had performed a special set in the same location including songs from their new album Imploding the Mirage for Radio 2’s ‘Live at Home’ series. Prior to that, the band also streamed two shows from LMG’s extensive rehearsal space which has numerous such events since the pandemic began and effectively shut down the live events industry.

A small stage deck was built on the iconic rooftop at Caesar’s Palace measuring 48ft wide and 16ft deep and 2ft high to elevate the band enough for the blow-through camera shots to look stunning and capture the aura and atmosphere of the city’s famous Strip in the background.

There was no LED screen as the space was tight and any kit had to be ground – or in this case roof – supported. Equipment also had to fit into a standard lift, which was the only access.

Steven positioned MegaPointes all around the band at the front, and off to both sides at the back, with alternating strobes and MegaPointes, created 4-tiered diagonal corner features with each tier a foot above the previous, giving a cool ‘bleacher seating’ infinity effect off to the sides.

The front camera shots zoomed and tracked in past the front row of MegaPointes while the CycFX 8s were positioned in two rows, upstage right at the back with another row at the mid stage point, separating the band upstage and downstage. This produced a nice crisp back light, so the band popped out from the general background with an almost holographic look. 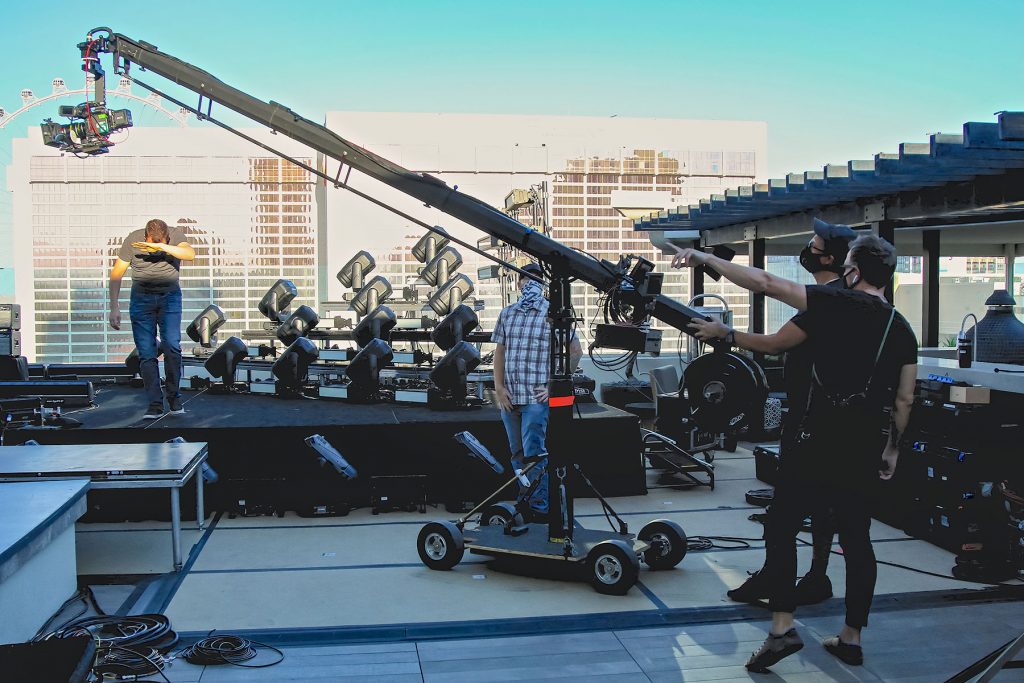 Steven has worked with The Killers since 2006.

Knowing them and the music really well in addition to his extensive experience as a lighting professional for television, concerts and touring shows meant he knew exactly the style and look required.

That said, and normally by nature a fully hands-on LD, he commented that it was “extremely interesting” firstly not actually programming and running the show himself on site, then even stranger working from afar, seeing everything on a screen and dealing with the 8-hour time difference.

However, everyone was delighted with the results!

LMG put Josh forward as the operator for all four The Killers shows. Steven completed the drawings – three of the lighting rigs were completely different – and when the setlist was announced for each show, he and Josh painstakingly worked together via Zoom and Skype, developing cue-by-cue lighting for each song.

Patrick Kligel was the DoP, George Clayton the master electrician and Hunter Langley the gaffer. 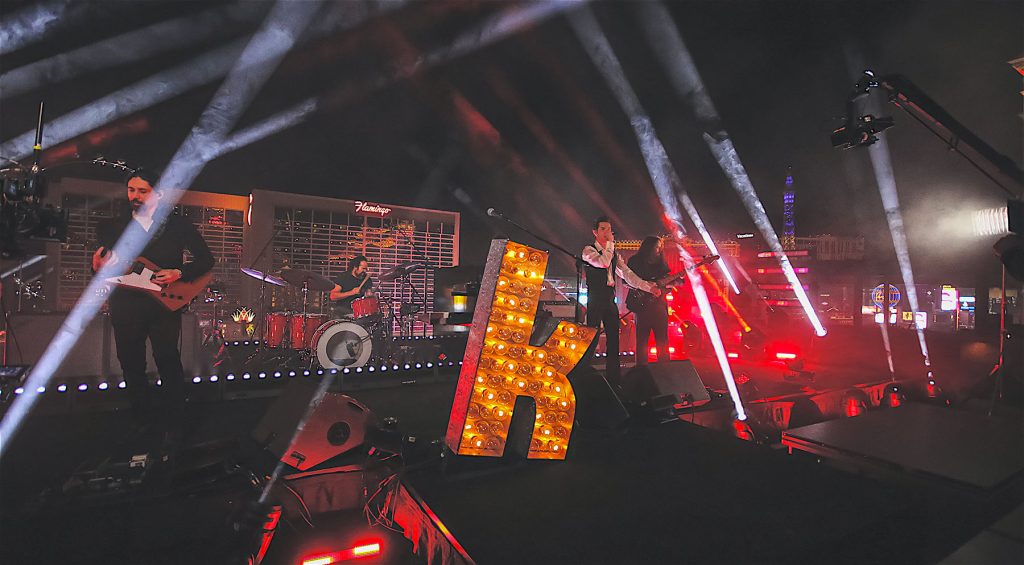 LMG account executive Juliana Stern commented, “Working on this project was the perfect opportunity to prove how LMG has been able to pivot our focus. It was truly fulfilling to see the shoot come together for The Killers and The Raiders after such challenging times. I am so thankful to have been surrounded by the best equipment and the best crew who can bring events like this together.”

With the new album released in August, the band had been booked for a US Arena tour this autumn with more dates around the world to be announced when the pandemic hit in March. This has now been rescheduled to start in May 2021 with a UK stadium tour and everyone is cautiously optimistic that they will be able to get back on the road and to doing what they love most – taking a great show with high production values to loyal fans around the globe! 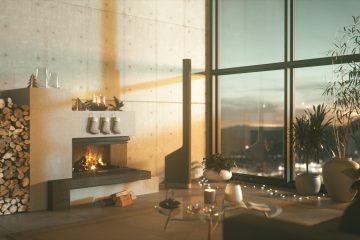 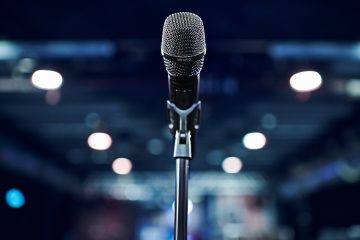