Robe Out in the Middle for Zac Brown Band

In 2021, Zac Brown Band (ZBB) hit the road again with their “Comeback Tour”, re-energising a live campaign that had originally started in 2019, rolled into 2020 and then was abruptly halted due to the pandemic!

The initial Spiider count of 64 fixtures in 2019 (plus another 16 for the stadium dates) was revised to 40 for the 2021 version, where they again assumed the same role as the primary wash luminaire on the rig.

Chris, who has worked with ZBB since 2016 and has designed lighting for the artist since 2019, chose Spiiders for “the strong output, tight zoom and general versatility, including being able to pixel map the entire fixture for additional looks and effects, and the flower effect is a fun option that adds a nice breakup look on top of the wash.”

Most of the Spiiders were deployed across the main over-stage trusses, positioned for full stage coverage, with five fixtures on the deck downstage left and right.

Challenges in lighting the show, Chris elucidated, included the “sheer volume of available material from which the setlist is pulled!” Every night is a different show and there are several general set changes over the course of the tour, all of which keeps Chris on his toes.

Never having the same set twice makes operating more exciting, more improvisational, and more fun, and meant Chris and his grandMA2 console had to be ready for anything.

He also had to deal with some major changes in the re-scaling process which meant losing four tilting video columns upstage that moved forward to reveal another layer of lighting behind which were replaced with five static LED surfaces. Two central trapezoidal trusses that were also automated and had filled the downstage ceiling between the banks of upstage / downstage side trusses were replaced with additional straight upstage / downstage trusses which were static.

Chris’s mission was to produce a slick show with lots of unique looks and lighting movement and animations, with video still a large part of the visuality.

Chris, a freelance designer, has been using Robe products for around 20 years, since the very early days when the brand had just launched. In this time, he’s seen it become a market leader and achieve global prominence due to “solid innovations, keeping in touch with the industry’s needs and building a name for fantastic support”.

ZBB tour’s lighting vendor was Mocksville, North Carolina-based SES, where the account was managed by Jeff Cranfill, continuing a long and successful relationship with the artist.

The artist has just announced a major new tour for 2022, “Out in the Middle” which kicks off in April, runs until November and will criss-cross North America playing 32 shows, so it looks like Chris has a busy year ahead! 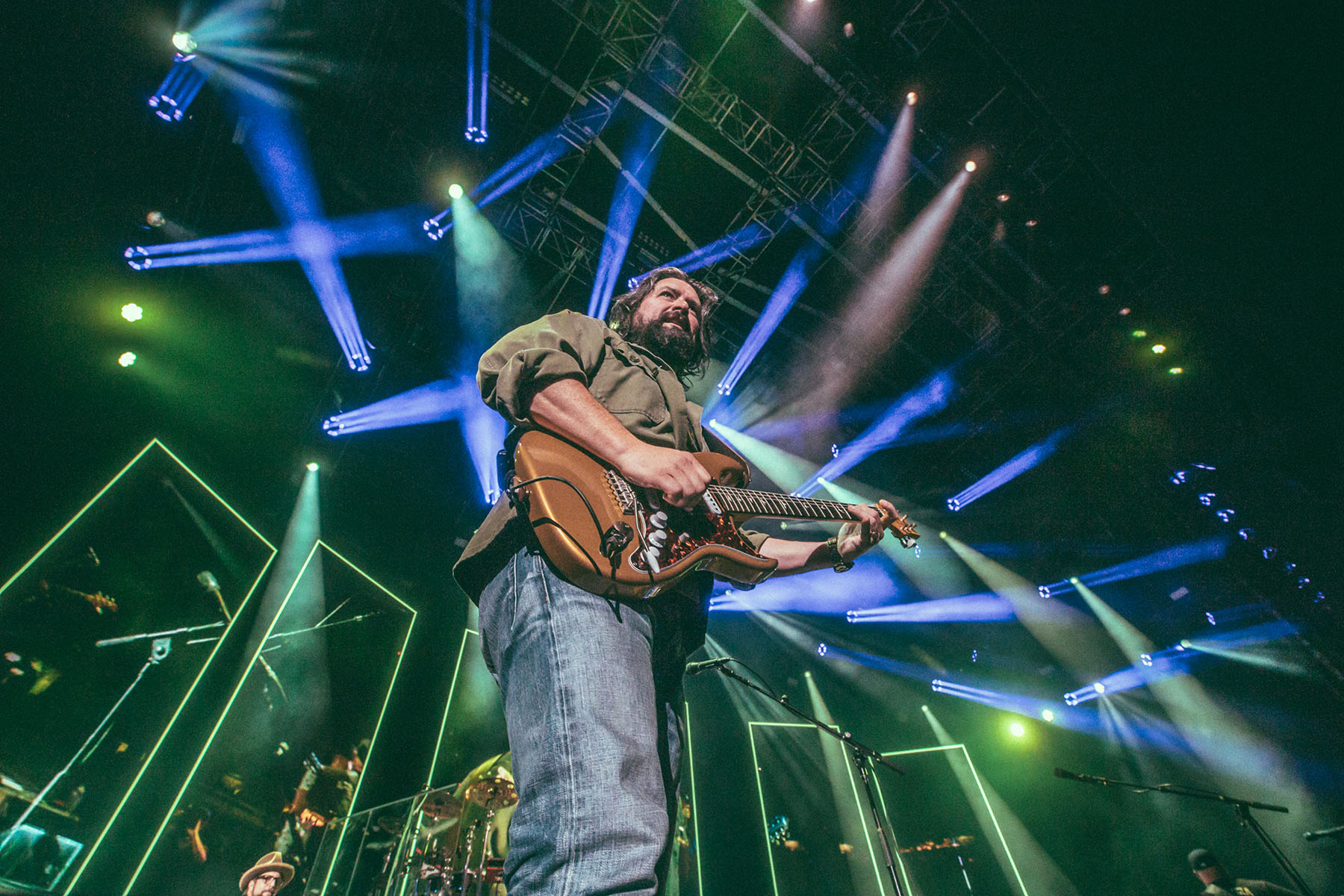