The brand-new Theater Zuidplein in Rotterdam, the Netherlands, has over 200 Robe LED fixtures – including T1 Profiles, Spiiders, LEDBeam 150s and ParFect 150s – installed as part of an all-LED lighting rig. It is among the first cultural centres worldwide to have no dimmers! 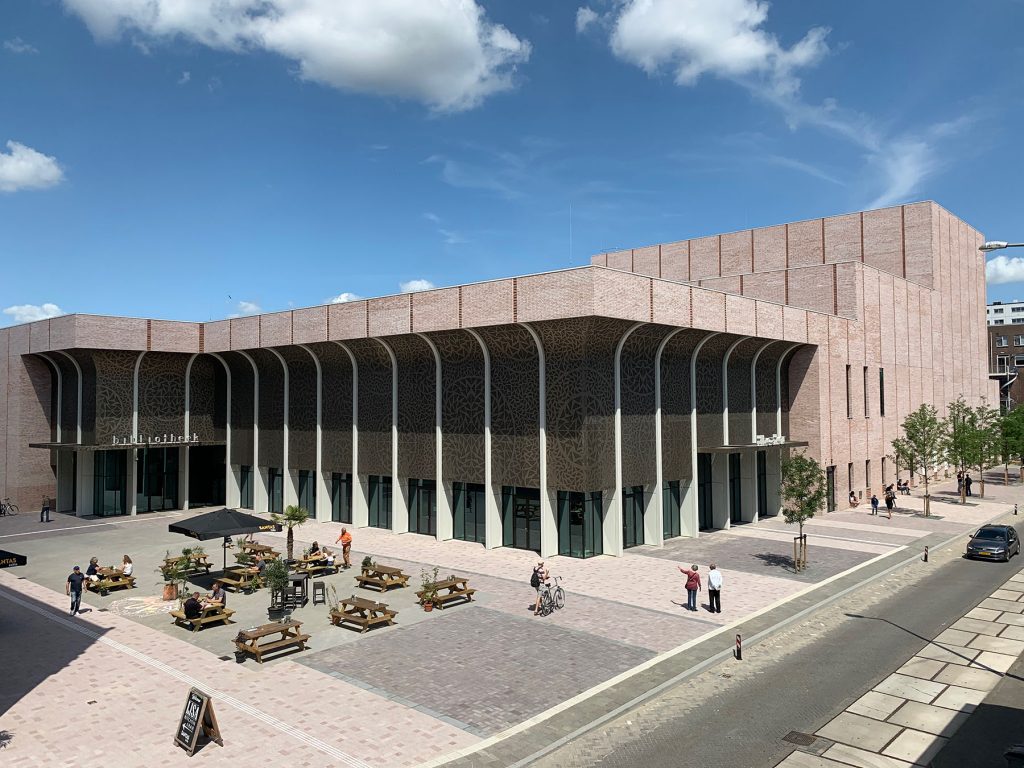 Theater Zuidplein was designed by architects De Zwarte Hond and it is set to become a buzzing cultural hotspot in the dynamic Rotterdam-Zuid (south) district, offering a lively programme of multi-genre work including dance, drama, music, concerts, youth theatre, festivals, guest curators, etc., reaching out to all sectors of the community.

It has two auditoriums – the largest one with a 1000 capacity (standing) and 600 seated, plus a smaller flexible studio space and Hall Z which is in the entrance – together with a café / restaurant and a branch of the Rotterdam Library. It replaces an existing structure built in 1953 half a kilometre down the road.

The lighting specification was created by theatre consultants Theateradvies b.v. Amsterdam and leading Benelux-based company Controllux won the tender to supply the LED lighting fixtures and related data systems and mains power distribution for the project, which was coordinated for them by Kuno van Velzen. 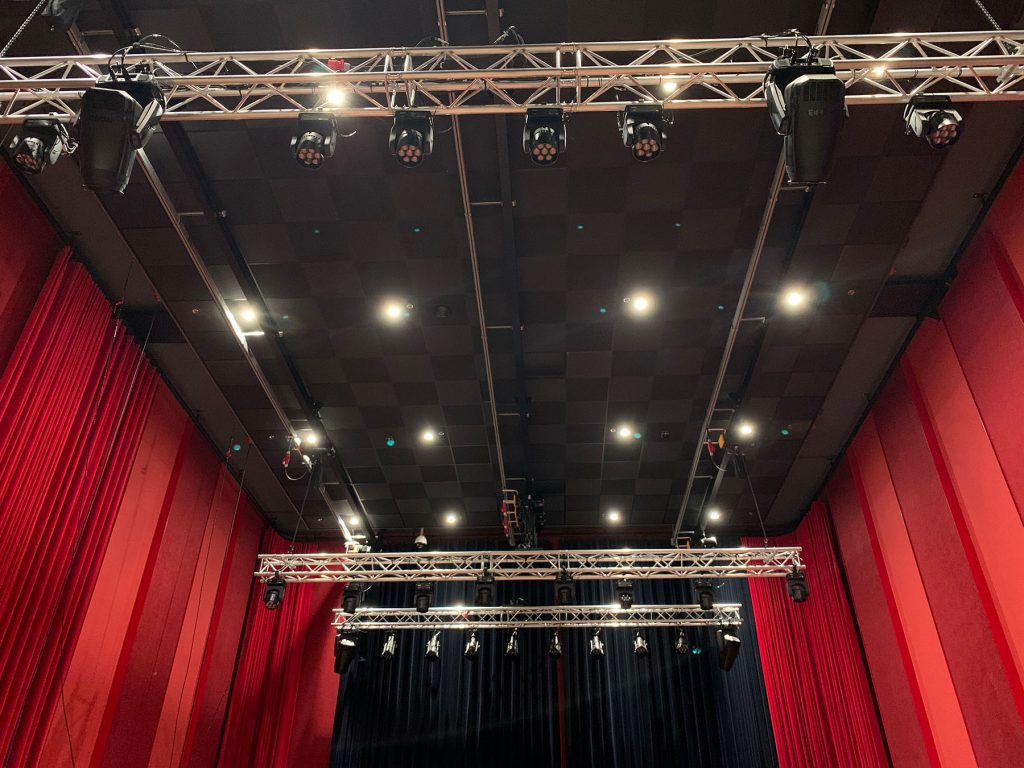 In the old building, they had already been using Robe fixtures for some time. In fact, the first ones dated back to around 2004 in the very early days of Robe with some 250 XT washes and 575 Spots, which were still going after 16 years of hard labour!

Three years ago, Theater Zuidplein invested in some Spiider LED wash-beams and DL4S Profiles with which they were also delighted, and these have also moved to the new building.

Some of the lighting department visited the Robe factory in Valašské Meziříčí in the last two years, ahead of this new building project starting, and when it did, the plan was always to go with an all-LED rig. It made sense in terms of sustainability and long-term cost-efficiency.

Central to the lighting scheme was the specification of an LED profile with a ‘multi-colour mixing system’, so the T1 met this perfectly with its 5-colour – red, blue, green, amber & lime – engine.

In addition to that, the brightness, high CRI, super-smooth dimming, DataSwatch filters, 2700K to 8000K colour correction and other features … are all tools considered essential for theatre and performance style lighting.

The other big advantage of the T1 is its near-silent operation, again ideal for the theatre performance and television / film environments for which it has been crafted as an elegant and refined precision instrument.

Forty-eight of the Robe T1s in the house are the Profile version with accurate framing shutters, and ten extra PC version T1s were then added, offering a precise +/- 90 degree rotatable (individually controlled) internal barndoor system, a 7 to 50 degree zoom and a beam shaper. 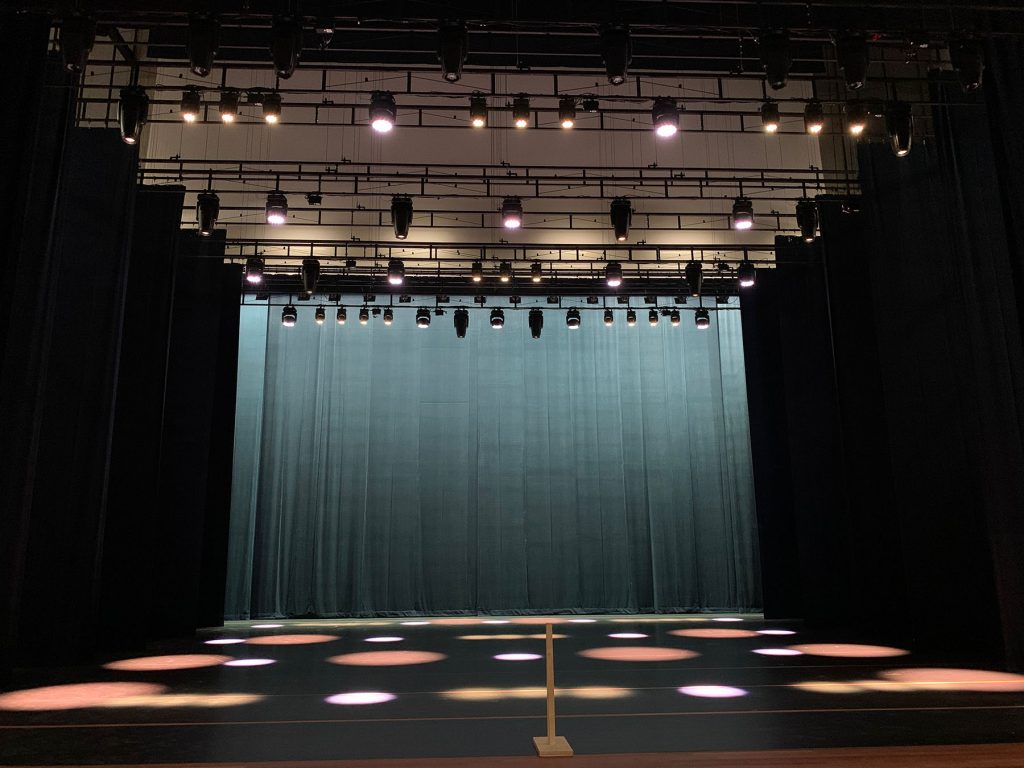 The additional Spiiders were an obvious choice, especially after the positive experience with those installed in 2017, so the 13 original units moved to the new building have been joined by another 24 new ones!

The LEDBeam 150 is proving such a handy and powerful little luminaire that it is appearing in all sorts of venue and house lighting rigs and is great for a multipurpose venue like this. With 64 units in the building, they will be distributed between the different performance spaces as needed.

Matching the LEDBeam 150 perfectly are the 76 x ParFect 150s, which is essentially the same fixture and light engine in a static housing which is highly affordable.

“The lighting was basically thought-through and chosen to give the theatre’s house LDs and any visiting ones the most flexible and high-quality options,” comments Kuno.

Rémon van den Bekerom states, “Since we had used Robe’s 250 MSD washes and 575 AT Spots since the early 2000s, we are impressed with Robe’s quality and how these have been so reliable in our old Theatre and we have the same high expectations for the all-LED lighting in the new building!”

The lights are controlled by five ETC Gio @5 consoles which were also supplied by Controllux.

The equipment was purchased by Rotterdam City Council for the project which now opens at the end of 2020, postponed from the original date due to the Coronavirus pandemic.

Zuidplein Theatre has been developed and realised as a design / build / maintain project by European construction-services company Heijmans headquartered in the Netherlands and Dutch-based construction and engineering specialist Ballast Nedam with an HQ in Nieuwegein. 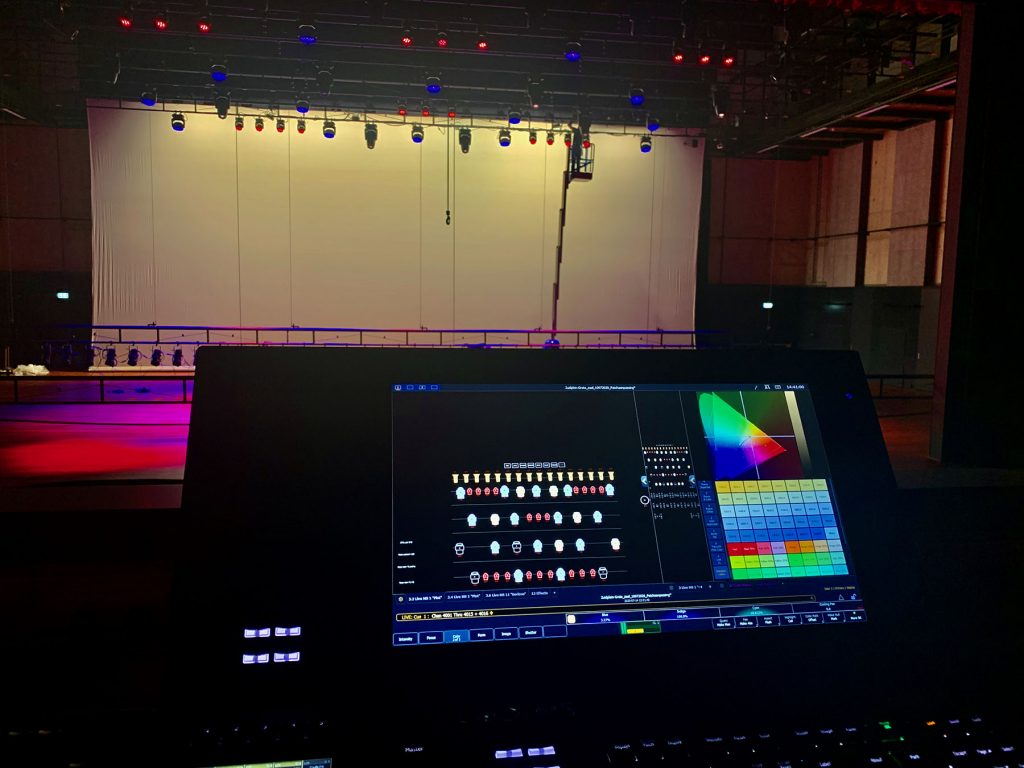