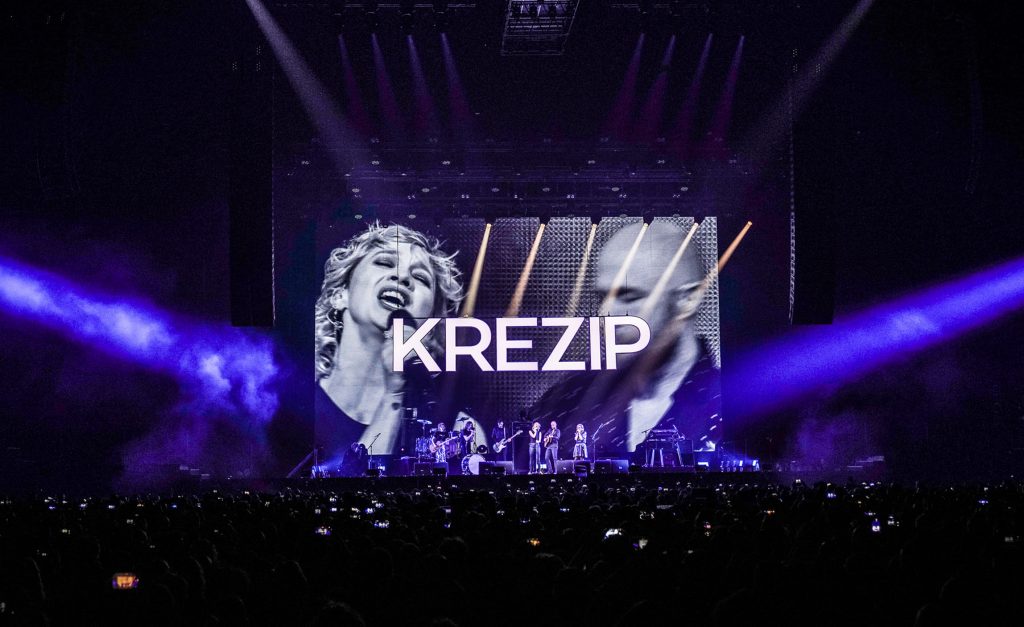 When Dutch rock band Krezip reunited after a 10-year hiatus they wanted to make a BIG impact, so their management Friendly Fire asked Andre Beekmans of The Art of Light to create a signature lighting and video production design for three epic shows at Amsterdam’s Ziggo Dome.

Andre – who has created shows for some of the most popular global DJ superstars like Armin van Buuren and Hardwell – was on a mission to stun and amaze Krezip fans with a unique design to ensure a lasting impression. Assisting him in the task were over 150 Robe moving lights – a mix of Spiiders, BMFL Spots and BMFL Blades.

The stage design, including a thrust connecting main and B stages, was already decided on when Andre joined the team, but he had an open brief for lighting and video. Well-known for his fresh and innovative work, he once again broke new ground to deliver this one! 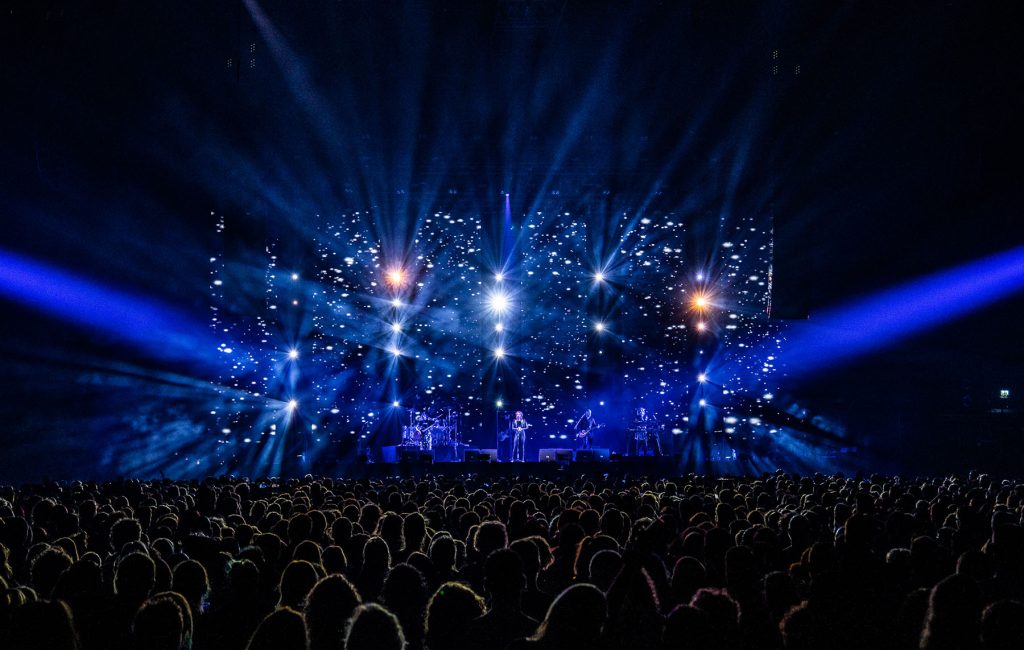 Wanting to take a full conceptual approach, Andre deep-dived into the look and feel of the band’s marketing and brand materials related to their reformation – which included new music. This resulted in some additional vision including a mood board of key colours including – new white, ravishing blue, living coral, passionate purple – all non-traditional!

He worked the show lighting and visuals from this thematic start, keeping the overall look bold and straightforward whilst engineering the performance space to give up a number of classy looks that worked nicely with the six basic colours.

Six 9 metre high by 2.5 metre wide upstage video columns defined the upstage area, and these moved sideways on a tracking system making up multiple configurations. While the show narrative was evolved from the band’s music and history, another wish was to move the whole production up several levels from where they left off on 2009. 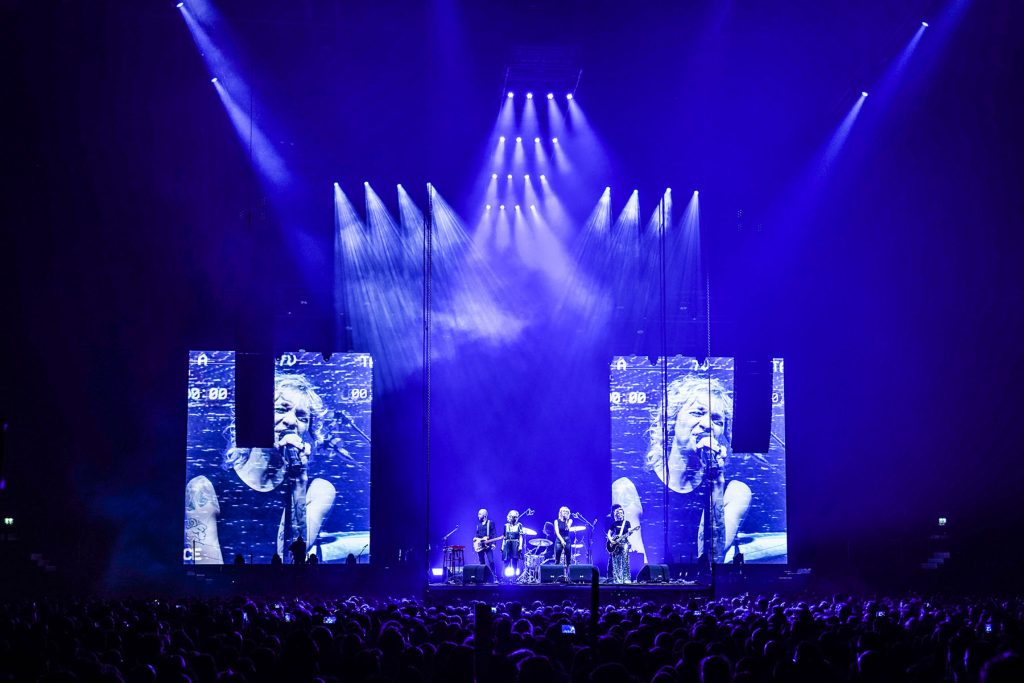 Andre collaborated closely with the artists and their technical producer Marcel Buurman and the band’s manager Robert Swarts, who both had some requests, but they were keen for Andre to further develop his creative ideas, so there was a healthy bi-directional dialogue and communication as well as a complete trust of each other’s vision and talent. “It almost felt like I was another band member at times,” Andre stated.

The show started with all the screen elements butted together in a solid block with a lot of IMAG on it for the first part of the show so audiences could clearly see everyone. When the screen divided it revealed nine columns of 6 x Robe Spiider LED wash beams rigged behind on ladders. This had a huge dramatic effect, complete with gasps of amazement the first time it was revealed.

Another 41 Spiiders were rigged on side trusses in the rig, bringing the total to 95. One of the main reasons Andre specified Spiiders was for the powerful and refined colour engine which enabled him to get pure renditions of the unique colours he’d chosen for the show. 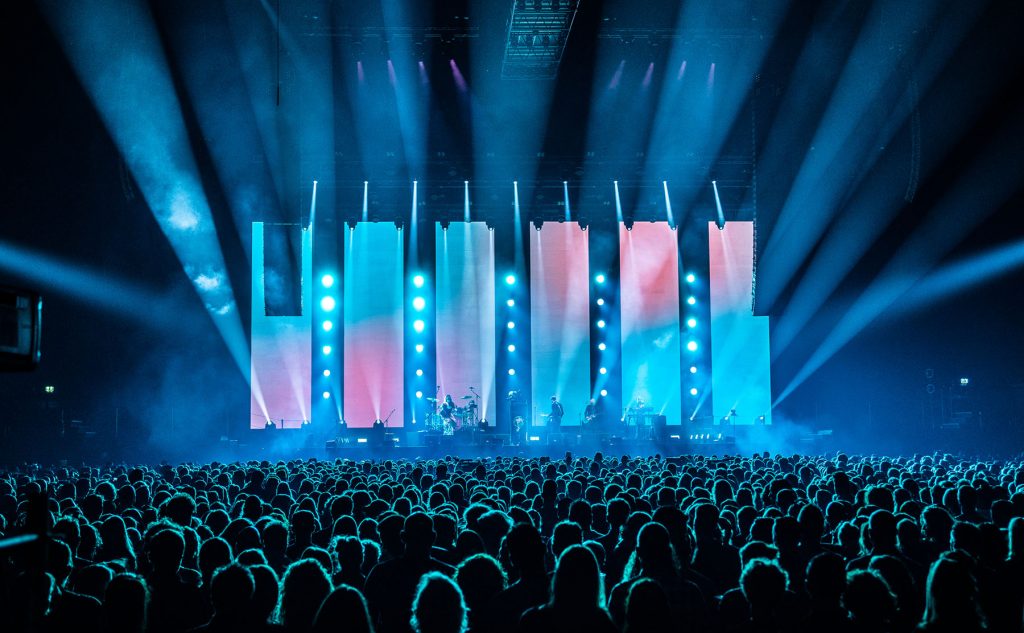 In one song, “Not Tonight”, the aesthetic was composed entirely from the Spiider’s flower effects which was a magical punctuation point in the busy 90-minute set action-packed with colour, movement and other visual texturing and WOW factors.

Thirty-four BMFL Spots were in the overhead rig, 19 on the overhead trusses with a line of 15 upstage on the deck, used for all the powerful and precise beam work, while 16 x BMFL Blades in the front truss did all the key lighting.

Four of the BMFL Spots were controlled by two RoboSpot remote follow systems.

One was positioned upstage centre run from one RoboSpot BaseStation for all the back light looks, and the other BaseStation operator ran two BMFL Spots on the front truss as front Spots and one on a truss above the B-stage which was also positioned to pick up lead singer Jacqueline Govaert as she went to walkabout amidst the crowds in the back seating areas.

The two RoboSpot operators were standing at FOH.

One of the many advantages of using RoboSpots was the flexibility of positioning fixtures to give this sort of 360-degree coverage around the arena, explained Andre.

The biggest challenge he recalls was creating a complete show concept ahead of any programming and without the band having played live for so long. Also, once he’d established the colour scheme, adhering to it was sometimes demanding, but he did so rigorously and in the process helped create a very strong identity and signature for the band. 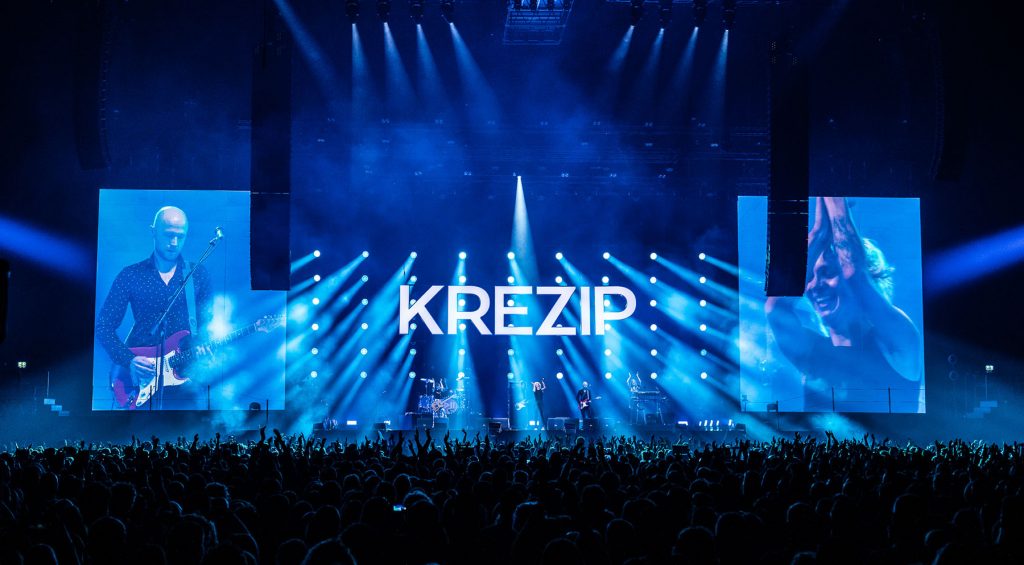 Krezip also announced – as a complete surprise – during the concert that they would be producing a new studio album, adding extra excitement to the three shows, which all sold out well in advance and were a massive success, proving there’s still plenty of public interest and enthusiasm.

The goal of making that big impression was something Andre really enjoyed. “I liked the responsibility and also the creative freedom of being able to come up with something original that also had continuity with their brand activations and a common thread really stretched me.

“I also enjoyed being part of a team and collaborating so closely with everyone to produce a show that I think completely exceeded all audience expectations.”

Lighting, which included around 300 other fixtures, was supplied by Phlippo. The video (live camera) director was Johan Veerman who was also briefed by Andre about the essence and vibes of the 7-camera IMAG, while VeeMee were commissioned by Art of Light to supply the playback video content.

Photos: The Art of Light 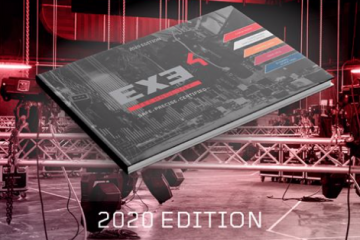 EXE TECHNOLOGY, which is currently the most desired automation range for Entertainment/Theatrical markets across the world, is pleased to announce the release of their 2020 catalogue! The new catalogue features all of the latest Weiterlesen … 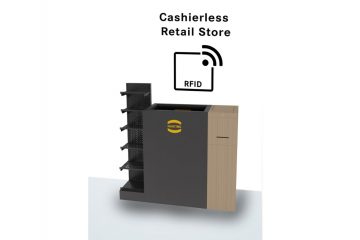 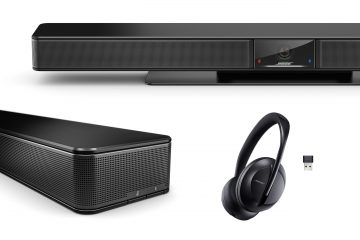