Schouwburg Kunstmin is a theatre and performing arts venue in the Dordrecht, the Netherlands, which has invested in Robe’s T1 Profile LED moving lights – a stylish and refined energy-efficient luminaire designed with the demands and precision of theatre lighting at its core. 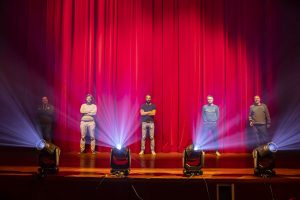 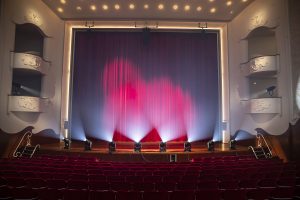 The sale – delivered by Robe’s Benelux distributor Controllux – was just before the pandemic shut down the industry in March 2020, and with re-opening now on the horizon, the theatre is looking to add more T1s to the inventory to replace their aging 2Ks on the FOH bridge with an LED source.

Head of lighting Bart Meester and head of technical and facilities Martijn Lohuis were both involved in this latest Robe investment. Bart has been head of lighting at the venue for 15 years.

It followed another set of T1s, LEDWash 300+s and LEDBeam 150s purchased in 2019 for M3, a fully flexible ‘bare floor’ performance space just up the road at Energiehuis, a reimagined old power station building now dedicated to culture and the arts. This vibrant multiple hall, multi-purpose venue is used by several different promoters and organisations, and M3, its largest space, is programmed and run by the team from Schouwberg Kunstmin.

Separate to that, other halls and rooms in Energiehuis also contain various Robe fixtures that have been supplied over recent years by Controllux.

The current spectacular neo-renaissance style Kunstmin building dates to the 1930s – when what is now the Main Hall was added – and it is now a designated national heritage-protected ‘monument’. It has seen several renovations over the years, the latest in 2012-14 which saw a substantial reworking and enlargement of the production and backstage facilities.

Normally Kunstmin, run by an independent foundation and subsidised by the City of Dordrecht, will showcase a diversity of performances and shows, from bands with their own productions to dance and drama shows which are often lit by the in-house. They also host parties, conferences, and corporate events for which the team will usually supply the production kit as well as all the technical creative skills.

They did have some older moving lights there before the eight Robe T1 Profiles and some LEDBeam 150s arrived in 2019, but these needed replacing with something more modern and carbon-conscious, so they looked at several options. 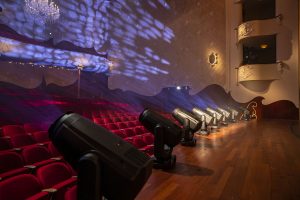 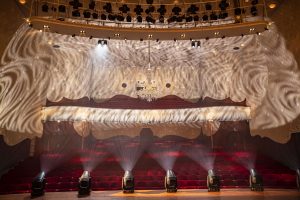 Bart and the crew were using Robe products regularly in M3. Before that venue’s 2019 upgrade, these were LEDWash 300s and 600E Spots which are still there and going strong – now supported by newer fixtures in the form of LEDWash 300+s.

They were also seeing various Robe products increasingly regularly at the Kunstmin with touring productions, so much so that they wanted to buy their own!

The T1 Profiles were chosen primarily for the range of colours including whites plus the “excellent colour mixing and shutter system,” commented Erik, while Bart added that the zoom was another major factor, as it was with the LEDBeam 150 FWs (Fresnel Wash) that were ordered at the same time. The zoom dramatically increases the versatility of the LEDBeam 150 offering very smooth coverage with even edges and superior colour homogenization.

The price of the LEDBeam 150 FWs was also very attractive, so 16 of these joined the eight T1 Profiles for the 752-seater Kunstmin Main Hall.

Having these new moving lights in the house has already facilitated faster build and more efficient tech periods, which combined with the better quality of light, has resulted in a visible improvement in the way productions can be lit.

Lighting control for both Kunstmin and M3 at Energiehuis is via GrandMA3 consoles.

Bart and Martijn also mention that Robe cross rentals – should they need to boost the numbers for a show – are easy as there is a lot of Robe in rental stock circulation throughout the Netherlands thanks to the hard work and tenacity of Controllux!

Since the pandemic, Both Kunstmin and M3 have been active in hosting livestream concerts, broadcasts and some other TV and video shoot variants.

Looking ahead, there are some encouraging signs coming from the Dutch government and market about reopening live entertainment with theatres and events returning, so Kunstmin is hoping that it will be operating a full season from September. 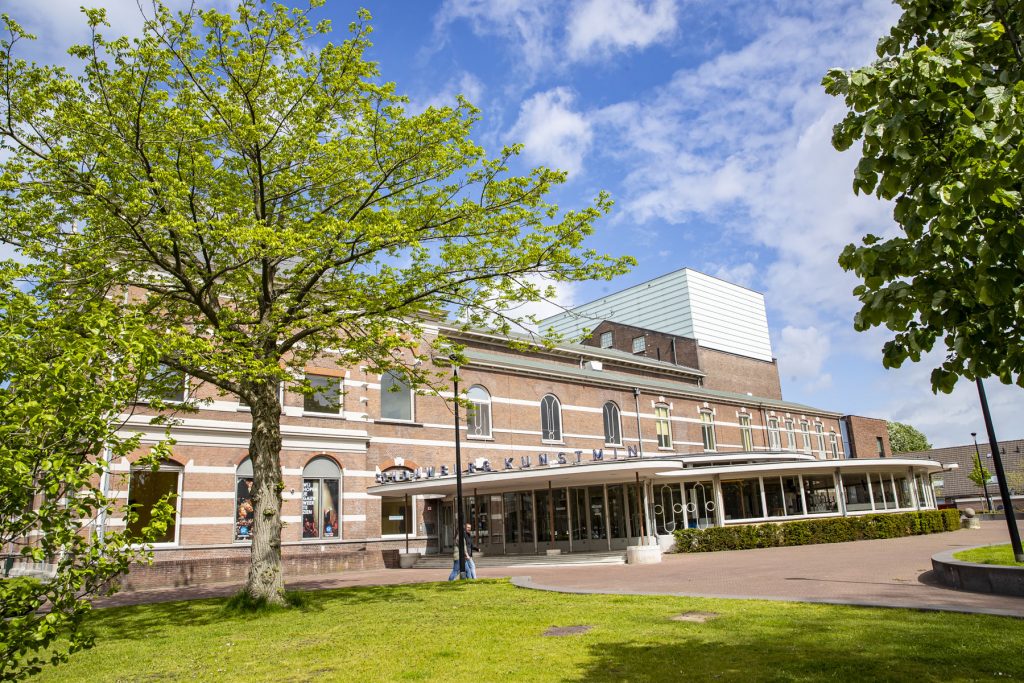 Photos are by Louise Stickland. 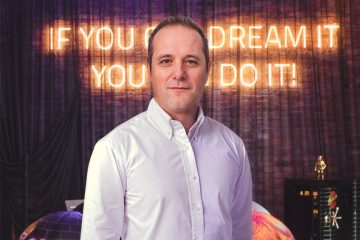 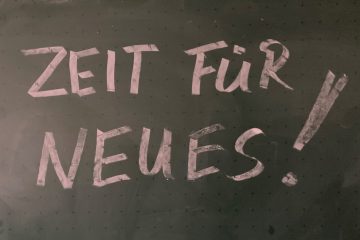 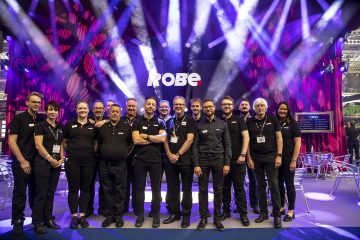 Moving and LED lighting manufacturer Robe enjoyed the energy and enthusiasm of industry professionals reconnecting in person at the 2021 PLASA trade expo in London Olympia last week, which was the UK’s first such entertainment Weiterlesen …