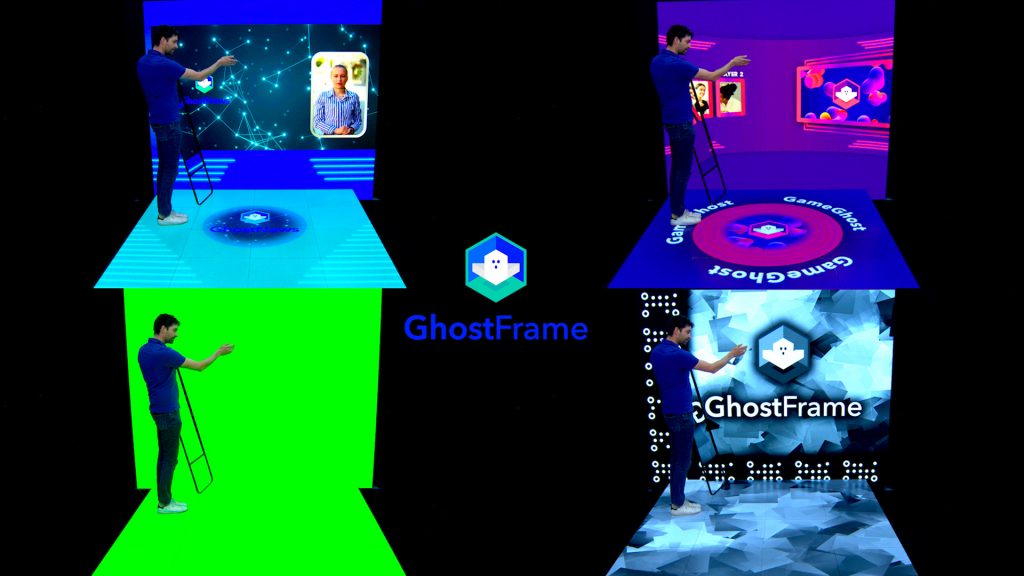 Combining the strengths and possibilities of cutting-edge LED and camera technology, GhostFrame enables creative and never-before-seen use of video and broadcast technology. „Great journeys start with dreaming of the possibilities rather than being constrained by what you can’t do. We’re all strongly driven by the creation of innovative technology, so we took the leap of faith in this cooperation, opening our IP to offer the market something revolutionary and new,“ states Max von Braun from AGS.

GhostFrame[1] works by displaying more than just the video feed on the LED panel with different inputs invisible to the human eye but visible to the camera. This magic enables professional cameras to capture one or more sets of images while the naked eye only sees one.

Thanks to Megapixel VR’s HELIOS Processing Platform, the LED panels have immense processing power, and therefore no upstream workarounds are needed. You can have all of the GhostFrame features while sending regular frame rates in 4K and 8K formats.

Creating multiple and hidden sources in one video feed gives production teams the freedom to operate without restrictions. Using GhostFrame will reduce installation and production time, allow for real-time post-production with free positioning and camera movement, all while working in a near-zero latency environment.

„The fact that content, like a green screen or camera tracking, can be hidden is the ground-breaking factor of GhostFrame,“ states Roelof Bouwman, from ROE Visual. „The talent on-stage works with a realistic background, while at the same time camera tracking or green screen can be captured, invisible for the person on the set.“

Jeremy Hochman from Megapixel VR adds: „We know this is a long-sought-after desire of film and broadcast production teams. As far back as fifteen years ago, we used to try and do these special tricks using 240fps video or adapting active 3D technology for multi-camera use, but they all burden render engines and processing capacity too much to use in an actual production environment.  GhostFrame has exceptional advantages and is a real software product, not a delicate science experiment that made its way out of the lab. The PX1 LED timing controller, an advanced version of what the industry refers to as a receiver card, has extreme processing power. This processing power makes it possible to implement the GhostFrame features in the actual LED panel, not in the processor, so that you can take maximum advantage of your port capacity.“

„The system works intuitively,“ comments Victor Kortekaas from ROE Visual. „In the processor, a user has control over which parts to enable, thereby reducing the risk for artifacts. The new NanoSync™ shutter alignment feature in HELIOS is just incredible as we can assure perfect alignment between panel refresh rate and the camera shutter, which is a big plus. The system offers four separate 4K inputs; we can use several feeds in combination with tracking patterns and/or chromakey colors still and hide these. Another advantage is that there is no need to pre-render or use special hardware to composite a combined 4K feed“.

The GhostFrame features all work in combination with ROE Visual LED panels and Megapixel VR’s HELIOS processing. These features are GhostFrame Chroma, enabling a (hidden) green screen, GhostFrame Track, adding hidden tracking markers, and GhostFrame MultiSource; adding up to four different hidden video feeds, which can be captured individually by the camera.

Imagine a broadcast studio where you can provide the presenter with his or her autocue, instruction markers, and visible eye contact with a reporter. At the same time, the viewers at home see only the intended environment image. Or shoot a virtual background where each take automatically has the green screen simultaneously recorded. Film an action scene in one take with different perspectives, or simply setup up hidden tracking without the need of physical markers. With GhostFrame, the impossible becomes possible.

GhostFrame has been tested in the working field and has received an enthusiast reception from partners such as Lux Machina and ARRI. „We wanted to present a system that is tried and tested in real environments. Our partners need to be able to trust the technology to perform,“ states Keith Harrison from Megapixel VR, „The people involved in GhostFrame are no rookies; we stand for what we promise and deliver.“

„To understand the benefits of GhostFrame, you must see what happens on the LED volume, and the camera feeds. We’re excited to announce that we will organize a series of online as well as live demonstrations. We’re convinced creatives and producers will find ways to apply this technology and to use the magic of GhostFrame to create stunning projects,“ concludes Bouwman. 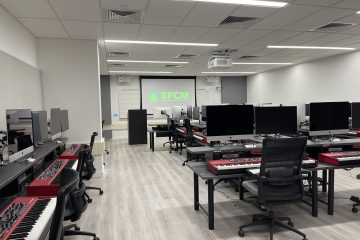 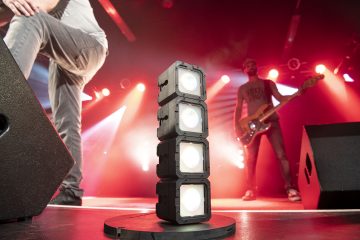 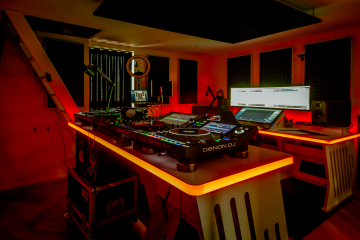