New York, NY, October 27, 2020 — The past, present and future of recording practices and technology continue to shape audio entertainment, giving listeners more choices than ever for enjoying recordings from the past 100-plus years in various formats. The AES Show Fall 2020 Convention Platinum Engineers Panel Special Event, “Recording – Then, Now and Future,” taking place Friday, October 30, at 1:00pm EDT, will take a look at some of the many techniques used in popular music over the years, and where those technologies are taking us. Producer/Engineer Jimmy Douglass will moderate a panel including Marcella Araica, Russell Elevado, Tony Visconti, and Joe Zook discussing recording in our new world and what will be carried forward from past challenges and successes in the recording studio.

Marcella Araica is a sought-after engineer who has mixed over 100 chart-topping tunes while working with world-renowned musical icons such as Beyoncé, Britney Spears, Madonna, Nelly Furtado, Usher, Will Smith and Missy Elliott, along with super producers Timbaland, Danja, and Polow Da Don. Her quick rise from an award-winning student at Full Sail University to interning at The Hit Factory and on to working with the biggest names in the music world have drawn industry attention, as she also continues work with independent label N.A.R.S. (New Age Rock Stars), founded in partnership with Danja, as well as projects at the newly built recording studio Dream Asylum Studios in Miami, FL.

Three-time GRAMMY® award-winning engineer and producer Russell Elevado started his studio career in 1986 interning at Shakedown Studios in NYC (owned by producer Arthur Baker). He is widely recognized for the sound he created for D’Angelo’s Voodoo, which he recorded and mixed and which earned him a GRAMMY Award for “Best R&B Album” in 2000, and another GRAMMY for “Best R&B Album” as engineer/mixer for D’Angelo’s Black Messiah album in 2016. His use of vintage recording equipment and analog tape combined with a modern approach to recording inspired by multiple genres has been sought after by collaborators such as Questlove, the Roots, Common, Alicia Keys, Jay-Z, Rick Rubin, Tony Visconti, Al Green, Angelique Kidjo, Roy Hargrove, Mark Ronson, Erykah Badu and J Dilla, to name a few artists in his 100-plus album discography.

Tony Visconti is a New York-based artist, producer and author, often noted for his career-spanning work with David Bowie, as well as groundbreaking recordings from T. Rex, Moody Blues and Thin Lizzy, among many others. As one of the most important pop producers in history, Visconti continues to work with a diverse mix of top artists, producing recent projects for Esperanza Spalding, Daphne Guinness, The Good, the Bad & the Queen, and Perry Farrell.

One of the most respected and sought-after mixing engineers in the music industry, Joe Zook has worked on a catalog of songs that have sold over 60 million units and been streamed over 10 billion times including a dozen-plus number-one Billboard hits. Zook has worked with such artists as AJR, Alessia Cara, One Republic, U2, One Direction, Modest Mouse, The Hives, Weezer, Plain White Ts, Katy Perry, Pink, Kelly Clarkson, Rachel Platten, Ella Henderson, Andy Grammer, Keith Urban, Thomas Rhett, Marc Broussard, Serena Ryder, Jacob Collier and hundreds more, mostly from his personal studios in Los Angeles. From early days as a touring musician to studio runner to assistant engineer to engineer to producer and mixer, Zook has traveled a path that has offered him a unique perspective on the craft of record making.

“Recording – Then, Now and Future” moderator and industry icon Jimmy Douglass is a four-time GRAMMY®-winning producer and engineer for four decades of music and pleasure. He has worked with artists such as John Lennon, Justin Timberlake, Missy Elliott, Jay-Z, Pharrell, Q-Tip, Baby Rose, The Internet, Timbaland, Kanye West, John Legend, and Questlove.

Visit AESShow.com to find out more about additional AES Show Special Events, Partner Showcase, Technical Program and much more happening during Audio Engineering Month. Audio Engineering Month content will remain available On Demand throughout the month of November for registered attendees. Showcase registration is free for AES Members, while non-members can register for just $25, or for free with a VIP promo code from one of the AES Show Partners (special thanks to AES Show Fall 2020 Convention Platinum Partners Amazon Devices, Focusrite, Focusrite Pro, Genelec, NTP Technology (DAD, Penta), and The Recording Academy Producers and Engineers Wing). For everything AES Show 2020 has to offer, including the comprehensive Technical Program, All Access Registration starts at just $149 for AES Members and $99 for AES Student Members. 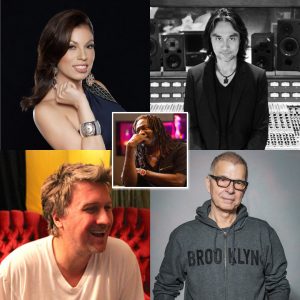