A monumental return for the global LED manufacturer at this year’s ISE, with virtual production solutions stealing the show.

After a two year hiatus, Absen made a sterling comeback at Integrated Systems Europe 2022, marking the international premiere of its latest LED series, including the new AX Pro series of MiniLED, the MR series of professional floor tile screens and the new 0.9mm Clear Cobalt (CL) MicroLED – alongside an impressive real-time virtual studio set.

ISE visitors were greeted by two triangular shaped LED screens rigged above the reception area made of Absen’s award-winning Polaris series: the rental staging PL2.5 workhorse was provided courtesy of Publitec. On either side of the stand, Absen showcased dedicated LED solutions for various markets (including retail, entertainment, corporate and stadia); Absen’s virtual studio set served as the central element, and arguably stole the show.

Realising the increasing importance of LED-equipped virtual studios in the film and television industry – as well as in the corporate and MICE sector – Absen’s expansive virtual studio set was at the forefront of its booth, allowing visitors to interact, in real-time, with the production set that changed throughout the show, from deep within a leafy forest to a summery beach-scape.

“The virtual production stage was a huge talking point, not only for customers meeting with us on the stand, but for our industry friends too!” says Jess Golding, Absen’s European brand and marketing director. “It was great to be able to show people the ecosystem of a stage set up – people want to learn more about the opportunities that VR studios can offer them, so we have made an easy and accessible way for people to engage with every element that makes up the entire ecosystem – it’s been incredibly well received.”

Developed in cooperation with various partners, the entire ecosystem was also made possible thanks to ARRI, Stype, VPX Studios, L&L, Brompton and Analog Way. The joint efforts of which also meant that the production set could double up as a unique backdrop for various well-attended presentations and panel discussions throughout the show.

ISE saw over 43,000 unique visitors from 151 countries across the four days – impressive given the circumstances – and the overall feedback from the team at Absen has been extremely positive:

“We’ve been waiting more than two years for and industry event like this in Europe, and ISE 2022 certainly didn’t disappoint,” says Ben Phelps, retail industry director at Absen.

“Having a chance to see our colleagues, see and touch the products we talk about every day, and most importantly meet customers, contacts and friends from the industry – all in one of the world’s most exciting and vibrant cities, what more could you ask for?”

Absen’s presence at ISE 2022 was not limited to its booth, with a peppering of its LED technologies throughout Hall 3, represented on stands such as Peerless AV, Tech Data/Maverick and Lang AG, showing the companies prominence and popularity within the Pro AV community.

Outgrowing its previous venue in Amsterdam, this was the first year ISE was held at the Fira in Barcelona, and Absen made a wealth of new connections, signed new contracts and will be a part of some large-scale projects in the coming months.

“Barcelona is one of my favourite places in Europe!” says Golding. “The Fira is a great venue and as a marketeer I will always support in-person events, so people can see technology in the flesh and to socialise with new customers, old friends, colleagues. A huge thank you to everyone who visited the Absen stand over the four days of ISE. If you didn’t get chance to head out to Barcelona, but are heading out to InfoComm 2022, be sure to see our colleagues at stand N1112. Or contact us via social media.” 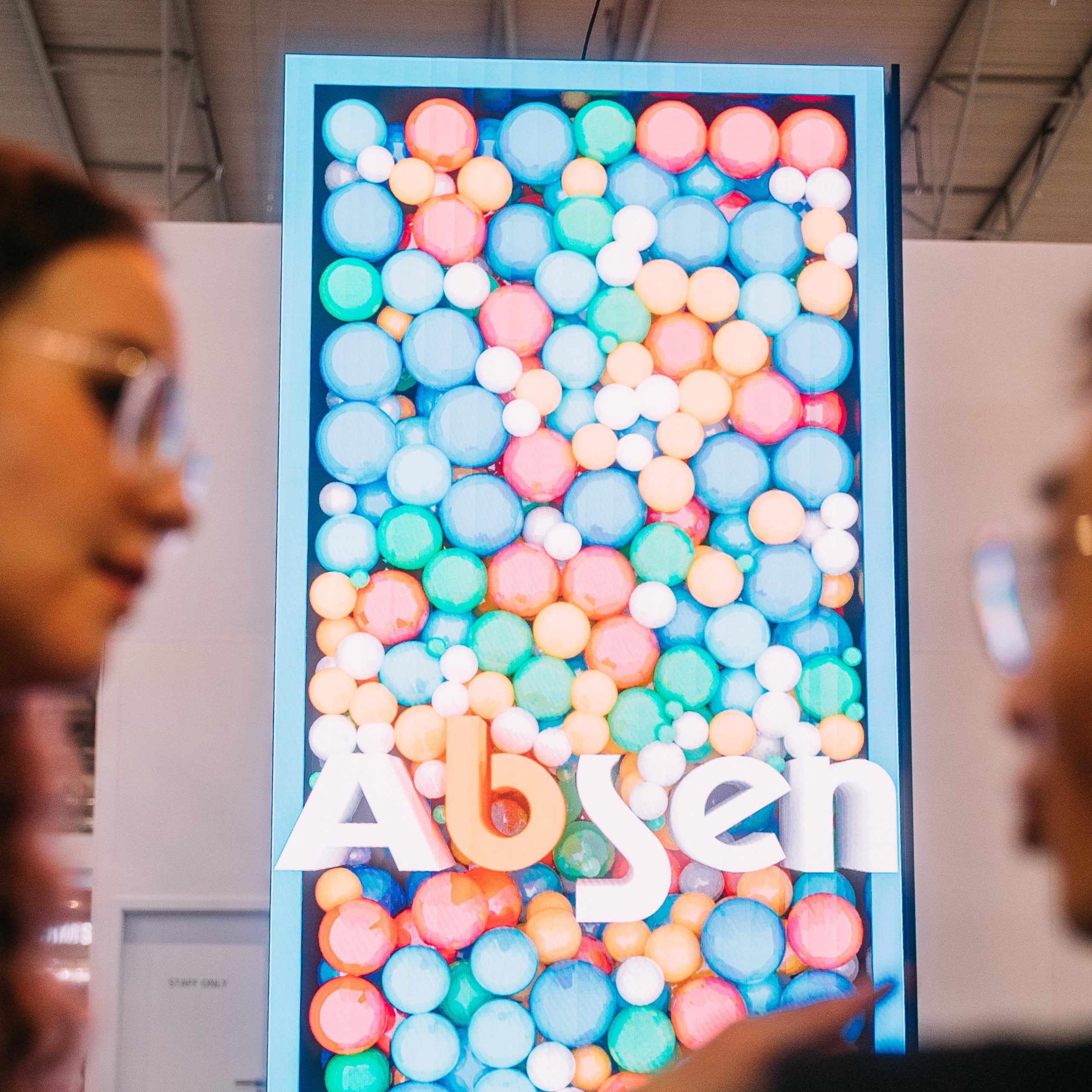 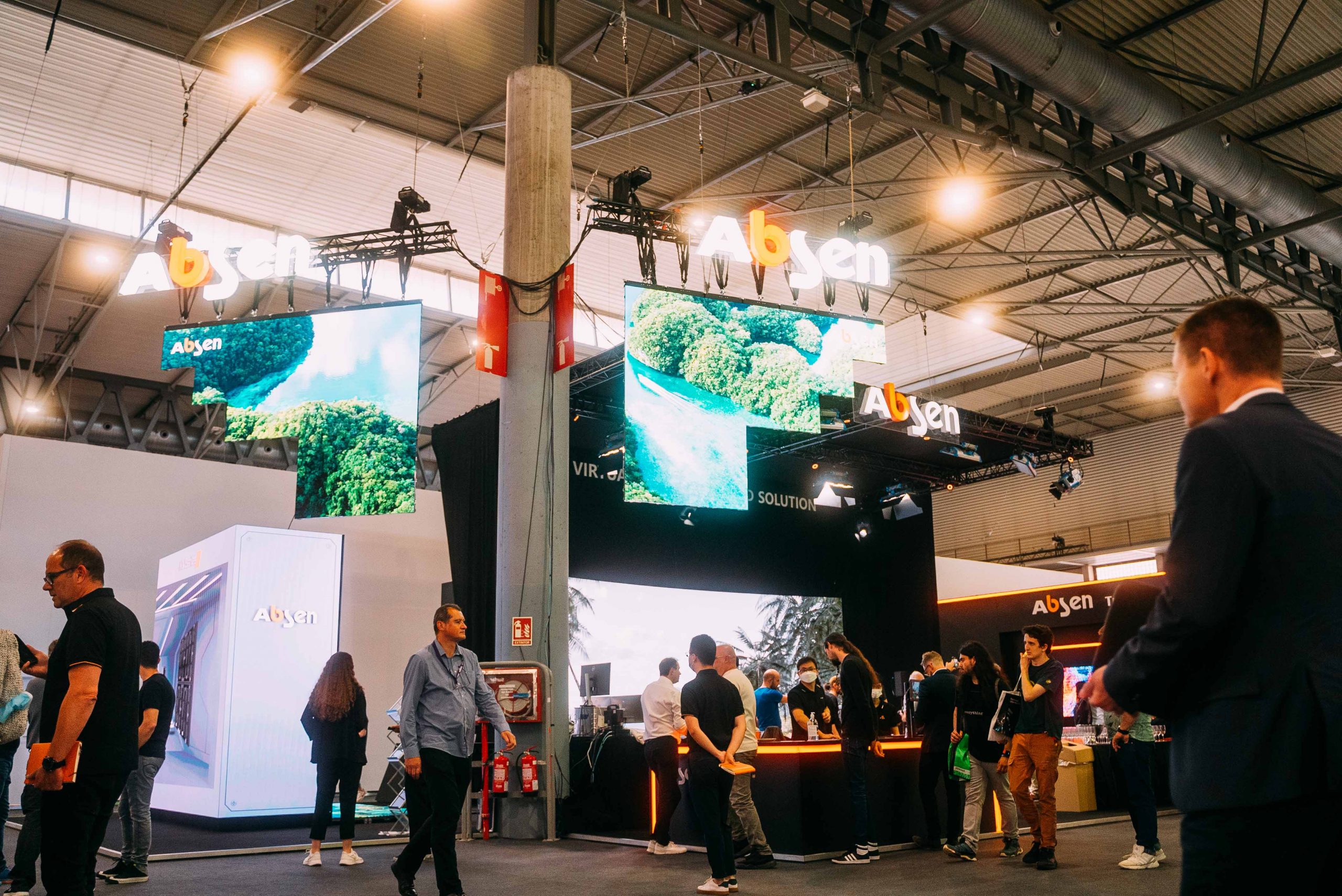